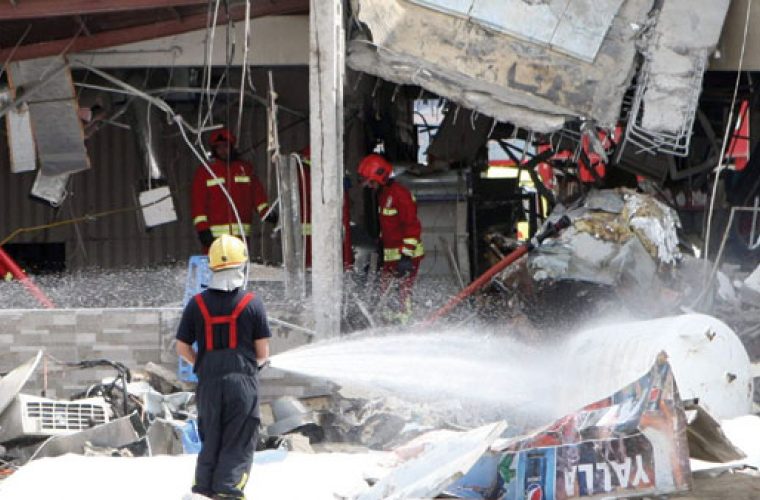 Four expatriate men have been referred to the criminal court by the Public Prosecution as the accused in the Duhail gas explosion that killed 11 expatriates and injured 35, including a Qatari, on February 27, local Arabic daily Arrayah reported.

The Public Prosecution charged an Egyptian (a general supervisor at the Qatar Gas Group), an Indian (a supervisor at Woqod), and two Turkish men (a baker and an accountant at Hala Istanbul Restaurant, where the explosion occurred).

The four persons were charged with negligence in undertaking their work duties, which caused the loss of the lives, severe injury to many, risked the safety of others and caused undue destruction of the material assets of others.

The accused are to be held temporarily in jail until the hearing of the case, the daily said.

The prosecution has accused the Indian of negligence in reporting to the distribution department at Woqod to stop gas supply to the restaurant until the maintenance work was completed and an inspection report submitted by the company concerned. This was to ensure compliance with the required standards and safety regulations.

The Egyptian has been charged with negligence for connecting the restaurant’s apparatuses with the new gas line without any check-up of the maintenance works and without the issuance of an accomplishment certificate by the parties concerned.

A fire expert at the Ministry of Interior gave a report, in his capacity as a witness, stating that the main cause of the fire and explosion was a gas leak from the oven of Hala Istanbul Restaurant due to negligence in attending to it.

The expert was of the view that the eventual fire and explosion happened due to ignition (of the leaked gas) from an electric spark coming from any electrical equipment in the restaurant. He further affirmed that the consequent explosion caused destruction to the surrounding properties, apart from the death and injury.

A distribution officer at Woqod, another witness, said that the company did not receive notice that maintenance works were being undertaken at the restaurant so as to stop the gas supply pending the completion of the works and subsequent certification by Woqod.

The Hala Istanbul Restaurant was located inside the Q Mart Petrol Station at Duhail and adjacent to the Landmark Shopping Mall. The gas explosion damaged other buildings in the vicinity too apart from wrecking a number of vehicles.