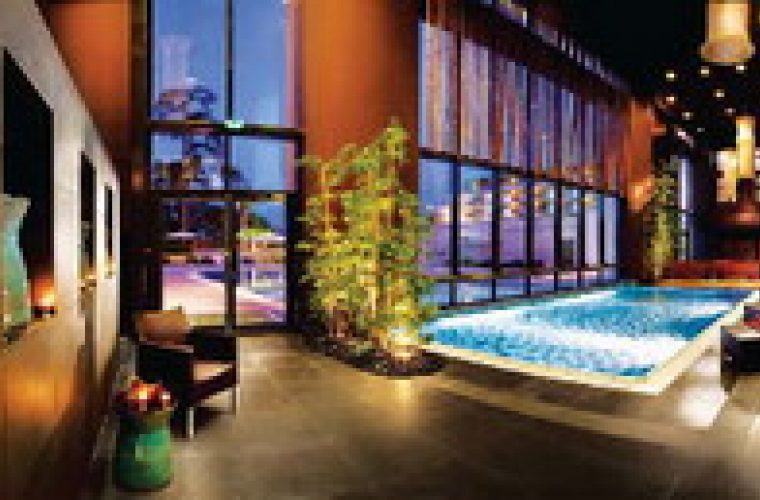 George V Restauration, the group behind the international Buddha-Bar chain, will open a new day spa called Buddhattitude later this year at the Beverly Hills Tower. The QR15m, 2,000 square metre spa is being brought here by the Regency Hotels group. With a signature blend of body and mind pampering, it will be infused with a sensual spa atmosphere designed by Buddha-Bar. “The main goal of the Regency Group is to open distinctive spas here in Doha… this spa will break the mould of the typical spa experience, creating pure peace and pleasure,” said Hassan Al Asmakh of the business development department of the Regency Hotel. The only existing Buddha Bar Spa in Evian-les-Bains, France. Inspired by Tibetan healing and beauty rituals, Buddhattiude will offer a global and unique approach to age-old Asian holistic practices, delivered by experienced hands in a mesmerising atmosphere, said Asmakh. The spa, which will be the second Buddhattitude spa in the world (the only one now is located in France) will feature vibrant energy pools, separate male and female saunas, traditional hamams, relaxation sound vibe room, dream rooms, therapy space, mixed therapy suites, gym and lifestyle studios, outside pool and spa deli cuisine, all oozing with the world beat sounds of Buddha-bar. Two more Buddhattitudes will open in Dakar, Senegal, in 2009, and Dubai in 2010. The Regency Hotel will also open another health club-spa, the Banyan Tree, in two months’ time at the hotel. http://thepeninsulaqatar.com/Display_news.asp?section=Local_News&subsection=Qatar+News&month=April2009&file=Local_News2009042965527.xml