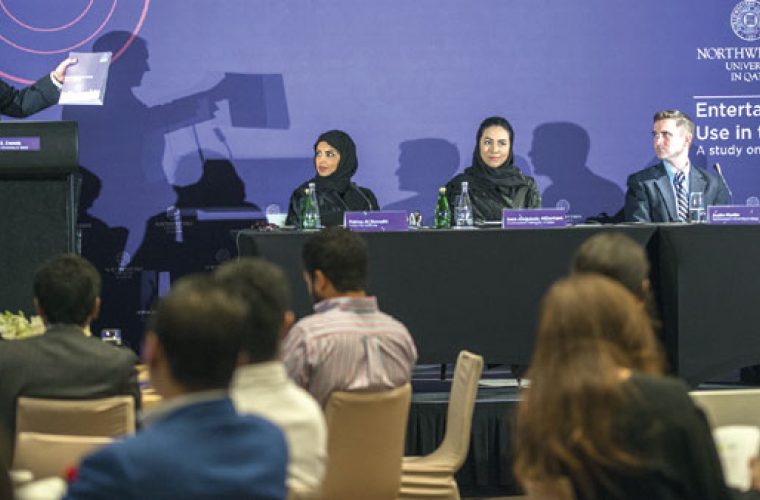 Facebook use is remarkably low among Qataris, according to a media survey jointly overseen by the Northwestern University in Qatar (NU-Q) and Doha Film Institute (DFI) and spanning six Arab nations.

One of the most outstanding trends revealed was that Qatari nationals are less than half as likely as nationals of other countries studied to use Facebook.

The survey on ‘Entertainment Media Use in the Middle East’ also revealed that Qatar is unique to other Arab countries in that its residents express a strong interest in news as a mode of entertainment.

“While Facebook use is down, the use of other social media is high, signalling the likelihood that Qataris may prefer other platforms,” NU-Q dean and CEO Everette E Dennis told the recent Qatar Media Industries Forum.

“Overall, differences in the data from Qatar signal the need for tradition and modernity as well as the continuing importance of newspapers and print.”

Efforts by Qatari newspapers to increase their social media presence have paid off among younger audiences, explained Sara al-Derham, an NU-Q graduate, who worked with the researchers to validate the Qatar results through her own interviews and qualitative analysis.

“People my age who are online follow Qatar’s dailies on social media for regular updates and headlines,” she said, adding that open access to PDF versions of the newspapers online provides a popular blend of electronic and traditional.

The survey also found that nearly half of Arabs watch American films, yet most want more regional content.

“It is time we portray ourselves with our own voices,” said Fatma al-Remaihi, director of Ajyal Youth Film Festival & Programmes, Doha Film Institute. “We have to balance preserving culture with talking about present-day issues in our society and bringing them to the surface.”

The survey revealed another interesting trend: while print is broadly considered a dying medium around the world, in Qatar readers still have a rich appetite for newspapers and books — richer still than their neighbours in other Arab countries.

According to the findings, eight in 10 Qatar residents read newspapers regularly and half do so, on a daily basis. Comparatively, two-thirds in the region (survey-wide) read newspapers, and only a quarter do so daily.

NU-Q and DFI launched the survey in November. An interactive display of the survey findings is available at mideastmedia.org

The results are based on 6,035 face-to-face interviews with adults in Qatar, Saudi Arabia, Lebanon, Egypt, Tunisia and the UAE — and provide a base of knowledge for executives across all sectors, including entertainment, sport, children’s programming and culture.