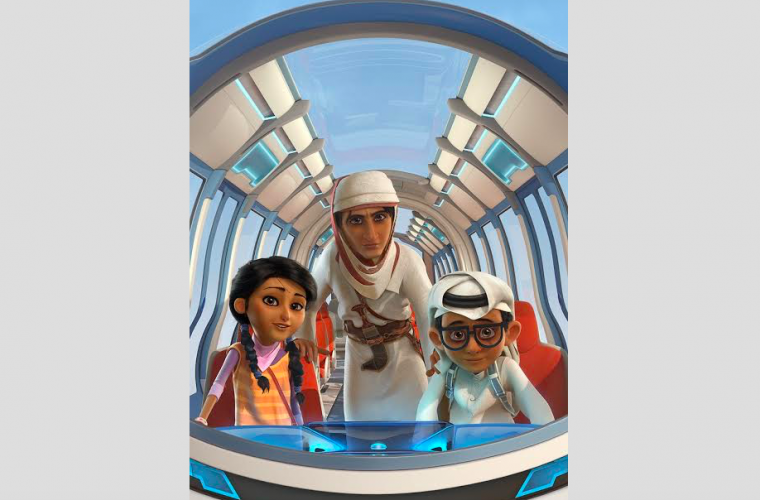 In celebration of Qatar International Food Festival (QIFF),Doha Film Institute (DFI) has curated an eclectic selection of films for the community to enjoy. Complementing the wealth of cuisines at the 11-day event, the selected films are free-to-watch and will showcase award-winning local and international feature films and shorts.

Building on the success of last year’s QIFF screenings, DFI will present family-friendly films every evening at 7 pm from 30 March to 7 April, at the Hotel Park by The Sheraton Grand Hotel Doha. The open-air screenings are a great opportunity for the community to enjoy family-friendly films in a different setting from traditional cinema, while enjoying the outdoors at night. The QIFF Programme presented by DFI includes two feature films, the Made in Qatar Short Film Programme and the International Short Film Programme.

Fatma Al Remaihi, Chief Executive Officer of Doha Film Institute, said: “As partners of Qatar’s highly anticipated international event, we are delighted to expand our offerings at QIFF this year with a rich selection of award winning films to entertain the entire family. Our special programme of 13 films shines the spotlight on our emerging national talent and introduces visitors and the local audiences to a diverse range of films that will appeal to people of all ages. Films like food brings people together, and helps us connect with global cultures and appreciate the diversity of the world around us. QIFF provides an unforgettable experience with great food, atmosphere and entertainment, and is an exciting opportunity to discover the multicultural fabric of our country.”

All screenings are free to the public and are available on a first come, first served basis. For more information on the films and screenings, please visit www.dohafilminstitute.com, or follow #QIFF2017.

#Dari Qatar (Qatar/2016)isan inspirational work that celebrates a year in the life of Qatar, through personal stories of people who call Qatar home, that give insights into the diversity of Qatar and serve as honest portraits of life in the nation. From introducing viewers to Qatar though visual stories of its tradition and heritage to highlighting the Islamic heritage and culture, #DariQatar received an overwhelming 10,000 plus submissions from over 200 enthusiasts, representing 22 nationalities. The film screens on 1 and 4 April 2017.

Oscar winning Kiki’s Delivery Service feature filmby Hayao Miyazaki(Japan / 1989) captures the life of a young witch who finds it difficult to fit into her new community while supporting herself financially. The film will be shown on 31 March and 6 April.

Ajyal Youth Film Festival 2015 winner The Palm Tree, tracks the growth of sprouts in a sterile lab, to show how unnatural nature can be, unearthing the science fiction in reality; Rain is an animated adaptation of a Middle Eastern folk tale where the protagonist seeks refuge in a drought-stricken Bedouin camp, who is unable to meet the demands of his hosts, and so turns to hope and spirituality.

Gently and humourously capturing the wonderful effects of spending time with loved ones even if they aren’t actually there; Shishbarak is a depiction of a young woman preparing a recipe from her mother’s recipe book that brings back memories, both exasperating and overwhelming; Makh'bztransforms the making of bread in Madinat Khalifa into a mesmerising vision; Concluding the programme, Hero and the Message, created by Al Rayyan Productions celebrates Qatar National Day 2012, and is the fantastical tale of a brother and sister who travel back in time on the prototype of a futuristic train to witness the founding events of the State of Qatar in 1878.

A Day in India compiles three weeks of filming, travelling and eating in India into a single day. As part of two-time James Beard Award-winning weekly online documentary ‘The Perennial Plate,’ the series explores the wonders, complexities and stories behind the ever-more-connected global food system.

Using food to bring a father and son together after a bereavement, Riceballs depicts the story of a mourning family who are finding it hard to communicate. Kenji, the father, finds himself relying his son’s lunchbox and Japanese heritage to get the pair’s lives back on track.

Alimation is an experimental short that pays a tasty homage to early filmmaking techniques. Between cinema and photography, Director Dubosc’s approach inventively explores the limits of a fascination for food. Popular blogger, food writer and photographer, Al Zaben shares one of her favourite recipesin Making Za’atar. Yum Yum Yummy showcases a playful animation of what your food might be doing while you aren’t looking, children are certain to enjoy this fantasia of gastronomy.

The Heart Followers captures an idealised way of life of a Norwegian family of five who are truly living on their terms in a geodesic dome, sheltered from the inhospitable Artic climate, free to grow their own food all year round in the garden, and to live in harmony.

Through various collaborations and year-round initiatives, Doha Film Institute brings the best in world cinema to Qatar to further strengthen appreciation of cinema and build Qatar’s film culture. Audiences in Doha can view films that might not reach commercial cinemas, exposing them to new tastes and to filmmaking communities that deserve recognition for their talent, creativity and cultural diversity.