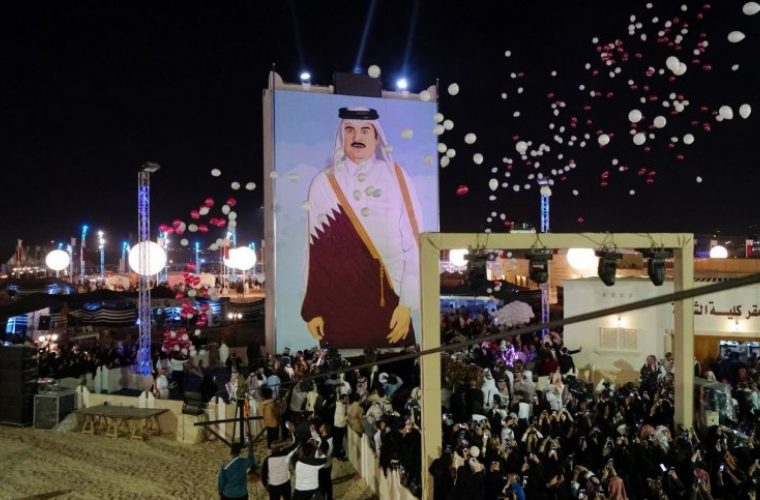 The ‘Dignity Image’ was unveiled in the presence of the large number of nationals and expats who took part in painting the image. The portrait enters Guinness World Records with participation of 13,824 persons colouring it.

The portrait, which was launched by Qatar Police College, will be presented to the Emir as a gift from the people. The length of the biggest portrait is 12 metres and its width is 7 metres. It expresses the love and loyalty of the people to the Emir.

The observing committee at the Darb Al Saai pavilion ensured that no person painted twice by registering their details such as ID number, age, nationality. (Source)

Title image courtesy by The Peninsula