Cold spell for a week from Sunday likely 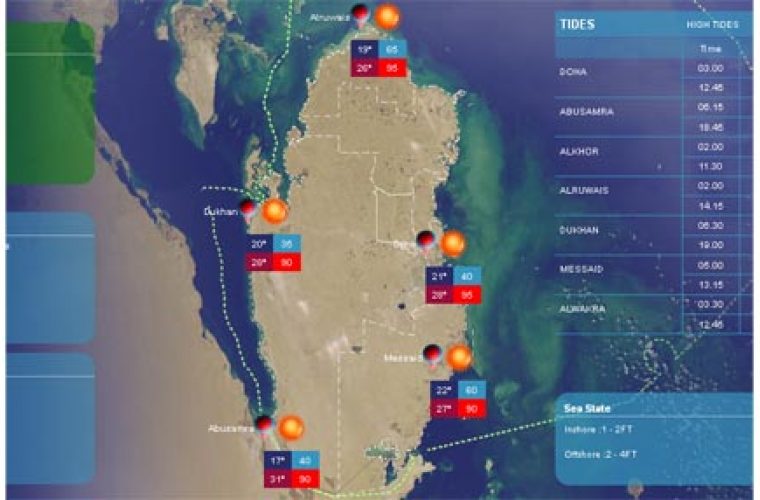 Qatar is expected to experience the first cold spell of the season beginning on Sunday, leading to a significant drop in temperature with the minimum to be slightly above 10 degrees Celsius on some days, according to the Meteorology Department.

The cold spell that could last a full week, has been attributed to “an extension of high pressure over the Arabian Peninsula associated with cold air mass in the upper levels.”

Strong northwesterly winds could lash the county during the period, bringing in cold waves. Scattered rains are also expected in some parts of the country on Monday and Tuesday, said the department.

“Temperature could start falling from Sunday and we are expecting a significant drop by Monday,” a forecaster at the department told this daily last evening. During the cold spell, maximum temperature in Doha is expected to be around 20 degrees Celsius and the minimum could vary between 12 and 14 degrees C, he added. A further dip could be expected in outer areas.

The Met office warned of strong winds and high seas from Sunday and advised caution while going to the sea. The northwesterly winds could blow at between 20 and 30 knots, reaching 35 in offshore areas during the period. The maximum temperature recorded yesterday was 26 degrees C and the minimum was 20 degrees C, said the forecaster.

A slight fall is expected today with the minimum around 19 degrees C and the maximum 27. http://thepeninsulaqatar.com/news/qatar/264346/cold-spell-for-a-week-from-sunday-likely