Cabinet nod for fund to support workers in Qatar 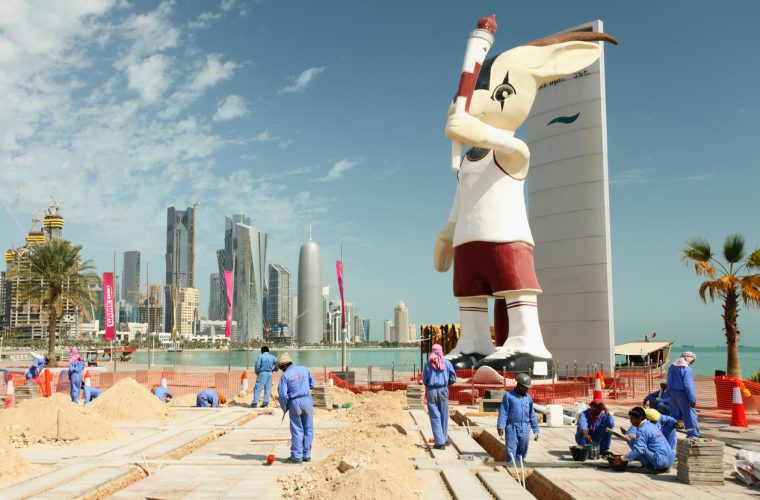 The cabinet, which met yesterday with Prime Minister H E Sheikh Abdullah bin Nasser bin Khalifa Al Thani in the chair, took necessary procedures to issue a draft law to establish a fund to support and secure labourers after the Cabinet reviewed the recommendations of the Advisory Council on the draft law.

A fund will be established with a legal entity, independent budget, affiliated to the Cabinet under the provisions of the draft law, with headquarters in Doha and with a decision from the Cabinet branches or offices may be established in the State.

The aims of the fund is to provide sustainable and required financial sources to support and secure labourers. The fund aims to pay labourers’ dues which have been agreed by labour dispute settlement committees, then collect what has been paid from the employers.

Soon after the meeting, Minister of Justice and Acting Minister of State for Cabinet Affairs H E Dr Hassan bin Lahdan Al Hassan Al Mohannadi stated that the Cabinet reviewed topics on its meeting’s agenda. The Cabinet also approved the draft Cabinet decision on forming industrial zones committee and determining its competences and tasks. Draft decision of the Minister of Energy and Industry on the terms and conditions of utilising the lands of industrial zones through leasing.

The draft decision of the Cabinet included the formation of the industrial zones committee with the chairmanship of a representative of the Ministry of Energy and Industry, and the membership of representatives of the concerned authorities.

The committee is to have several competencies, including the study and preparation of the conditions and controls relating to the allocation of land, the licensing for banks and joint stock companies and private institutions of public interest to establish of industrial parks, as well as the developers and privileges granted to them.

Under the provision of the draft law, municipalities and competent departments at the Ministry of Municipality and Environment, all within their specialties, shall reconcile crimes stipulated in the laws relating to the municipality and the environment before initiating criminal proceedings or during its review and before final judgement, as long as the violation is punishable by fine.

Conciliation on the offenses provided for mentioned laws is in exchange for paying quarter of the minimum fine amount of the crime, within seven days of the issue date of violation record. If it exceeds seven day, the amount would be half the minimum fine amount of the crime. The Cabinet also took necessary procedures to issue a draft law on protecting the Arabic language, after the cabinet reviewed the recommendations of the Advisory Council on the draft law.

The Cabinet approved a draft law on amending certain provisions of Law No. 7 for 2007 on the adjudication of administrative disputes.

The Cabinet also approved the proposal of the Ministry of Finance to amend some of the provisions of the Tender and Auction Law promulgated by Law No. (24) for the year 2015 and its executive regulations issued by the Cabinet decision No. 22 of 2016.

The Cabinet also approved the draft decision of the Minister of Justice to extend the grace period for the application of the provisions of Law No. (22) for the year 2017 on the regulating real estate brokerage.

Moreover, the Cabinet also approved enforcing the provisions of Law No. (24) of 2002 on retirement and pensions to Qatari employees in some companies.

Letter of the Minister of Justice on the proposal to accede to the Minamata Convention on Mercury. Letter of the Governor of the Qatar Central Bank and Chairman of the Board of Directors of Qatar Financial Markets Authority (QFMA) on the annual report of QFMA for 2017.

The Cabinet also reviewed the following topics and took the appropriate decisions thereon: Letter of the Minister of Economy and Commerce on the first quarterly report on the work of the technical committee on studying the international reporting indicators regarding the business environment in Qatar.