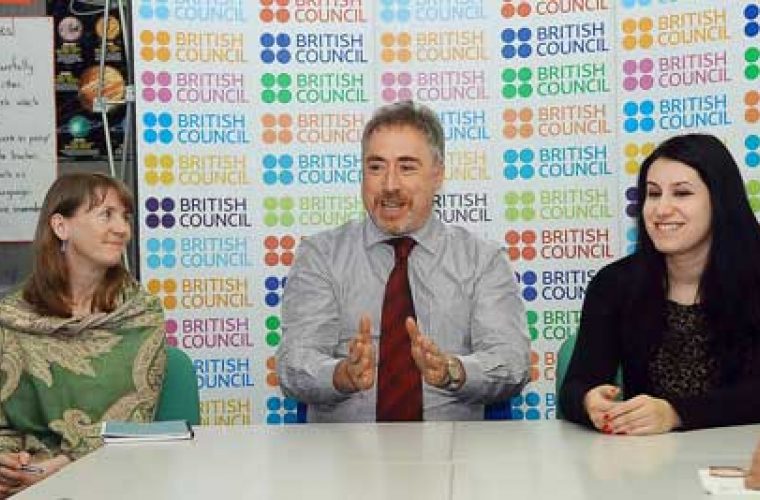 OHA: Both the thespian arena and education field in Qatar are set to be enhanced with initiatives being mulled to make Shakespeare accessible here by the prestigious Shakespeare Royal Company (RSC) through the British Council. Jacqui O’Hanlon, Director of Education, RSC, is in Doha for an exploratory visit, conducting talks with potential partners on ideas on how Shakespeare’s works may not only be enjoyed in theatre but specifically be integrated in the academic field with ease sparking much interest among young learners here. “Bringing Shakespeare to Qatar has challenges; one of them is language which even native speakers find quite challenging but we are fortunate to establish contact with RSC, known for their approach of making Shakespeare accessible even to young audience,” said Simon Winetroube, Director, British Council. O’Hanlon’s visit falls under the British Council’s project ‘New Work, New Audiences’ and follows on from the highly successful Gulf Stage initiative which brought digital theatre to Qatar, which according to Winetroube has gained acclaim not only in Qatar but other countries, which could make it a model project in other parts of the world. During her visit O’Hanlon met with key representatives of cultural and educational sectors to learn more about the theatre and education scene in the country in relation to Shakespeare and identify opportunities for collaboration on creative educational projects. “The RSC has a performance programme called ‘Young People’s Shakespeare’ in which Shakespearean plays which normally take hours are shortened to 70 minutes making first time audiences understand the play better thus enjoy the performance,” explained O’Hanlon, adding they also have a separate programme to provide help for teachers to gain confidence in teaching Shakespeare. She said Shakespeare has been an integral part of the curriculum in the UK making it compulsory for students to study at a certain point in their education. THE PENINSULA