At Roger's Diner, the Sky is the Limit 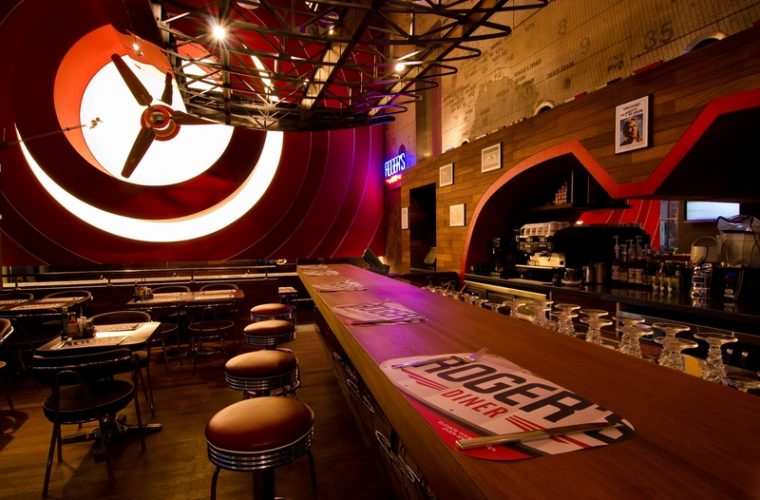 Roger’s Diner, the first and only aviation themed restaurant in Qatar, celebrates 2 years of success. Inspired by “The Spirit of St. Louis”, the single engine and single-seat monoplane flown solo by Charles Lindbergh in 1927, on the first non-stop flight from New York to Paris, Roger’s Diner was introduced to Doha in 2011 by Bonne Maniere, one of Qatar’s leading food and beverage, catering and retail operators. “We wanted to introduce a creative and unique concept to the market. The quality of food and the perfect location were not enough for us. We found a niche in the market for aviation and with the growth and success of Qatar Airways, an iconic brand of Qatar, we felt this would be a great addition to the hospitality landscape in Qatar!” commented Nassif Haydamous, Chief Operating Officer, Bonne Maniere. Roger’s Diner is an upscale American restaurant with a combined ambiance of retro and memorabilia 1927 art. The aviation theme has been applied across everything; from the name “Roger” which is official aviation lingo used on planes to acknowledge when a message has been received loud and clear, to the architecture, wing-shaped beverage bar, engine fans and reactor lights and the interior decorations featuring parts of real airplanes and aviation flags along with flight maps and posters to convey the spirit, down to the very last detail on the waiter's outfits and name tags. Roger’s Diner menu is a combination of American favorites including; burgers, fajitas and angus beef steaks all prepared to perfection by talented Chef Mohammad Ali Hafez. “Some of my favorite food is American and Tex-Mex! At Roger’s Diner we have tried to include the variety of classic American cuisine, combined with the international mix of Tex-Mex. At Roger’s Diner the sky is our limit when it comes to our client’s satisfaction,” commented Chef Mohammad Ali Hafez, Chef In Charge, Roger’s Diner. Chef Mohammad, known for his creativity, introduced a successful Radio food program, Hali Syamak, on MBC Panorama Dubai in 2009 where he introduced some Lebanese Desserts and Traditional Lebanese cuisine. With over 10 years of experience, he has worked for well-known restaurants in Lebanon, Dubai and Qatar. - ILQ News -