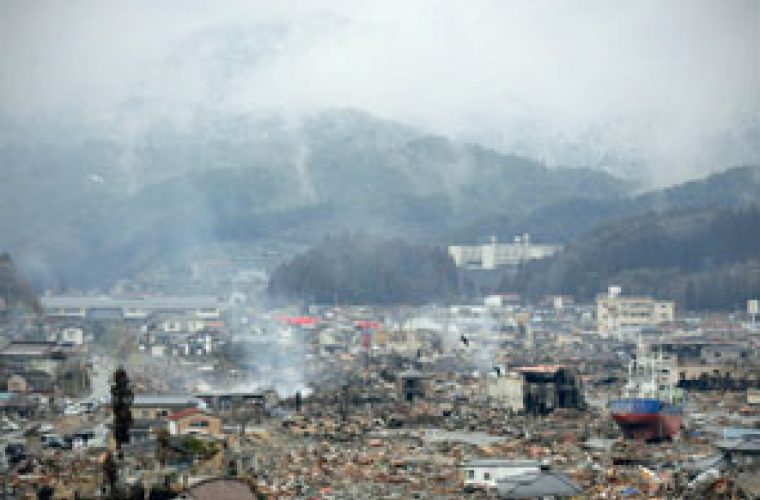 Asian nations yesterday vowed to crack down on hoax messages warning about radiation spreading beyond Japan, which have helped stoke growing unease over the unfolding nuclear crisis. Shoppers in the region scrambled to hoard supplies of favourite Japanese food products, fearing contamination of future stocks, after radiation was unleashed from a stricken nuclear plant in quake-hit Japan. The hoax text messages and e-mails, warning people to shelter from dangerous radioactive material, were reported to have spread as far afield as India. Thought to have originated in the Philippines and purporting to be a BBC newsflash, the messages urge people to stay inside and swab their thyroid glands with iodine solution to guard against radiation sickness. Japan’s atomic emergency has sparked panic buying of iodine pills, even though experts warned they are of limited use. Iodine solution, commonly used as an antiseptic, is completely ineffective. In Hong Kong, nervous parents queued for powdered milk formula across the city, anxious to stockpile the popular product as fears grew that future shipments could contain radioactive traces. Japanese baby milk brands are favoured over the Chinese alternatives after a melamine formula scandal which erupted in China in 2008, killing six babies and sickening 300,000 others. Fires and explosions at the Fukushima plant have unleashed dangerous amounts of radiation at the plant, and higher than normal levels in Tokyo, but authorities say there is no threat to human health in the capital. But despite widespread expert assurances that there is currently no risk outside Japan, the radiation threat was also troubling restaurateurs around the region. “We’re very worried,” said William Mark, president of the Federation of Hong Kong Restaurant Owners, who feared an impact on Japanese outlets in a territory which is already skittish after a series of health emergencies in recent years. “The concerns about radioactivity have a long-reaching psychological impact. There is nothing we can do. We’re hoping for the best, but we don’t see any silver lining in the near future.” South Korean authorities urged calm after bogus alerts swept the country’s social media networks and vowed to track down and punish those reponsible under social unrest laws allowing a maximum one-year prison sentence. Manila also threatened tough action over the hoax texts, which prompted some panicked schools to shut their doors, despite being about 2,800km away from the Fukushima plant. “The principal sent them home at 3pm. It was a false alarm,” said Cielito Aglipay, mother of one student in the northern town of Batac. Justice Minister Leila de Lima said the perpetrators were liable to face public order charges and would be hunted down. “These are difficult and scary times, with these disasters happening, and we don’t want to exacerbate the situation with those unfounded news,” she said. China added “nuclear leak” to the list of search terms banned on the Sina microblogging site, the local equivalent of Twitter, which is blocked under strict Internet censorship policies. It also joined a growing list of countries including India, Singapore, Thailand and South Korea in scanning food from Japan for radiation. Taiwan’s Sushi Express chain posted notices assuring customers that all ingredients had been imported before last week’s quake and were safe to eat, while stocks of premium Japanese mineral water were doing a brisk trade. Expats continued their steady trickle out of Tokyo and quit other Asian cities fearing that the nuclear crisis could deepen, with some European embassies urging citizens to leave Japan. Several airports in the region were scanning passengers from Japan for radiation, while more than 500 European bone marrow transplant centres stood ready to receive exposure victims, particularly nuclear plant workers. Hundreds of people offered shelter for homeless Japanese citizens or those wishing to flee the country on couchsurfing.org, a global accomodation-sharing site, from locations as distant as Australia, the US and the Middle East. Damage caused by the tsunami is seen from a hill overlooking the city of Kesennuma