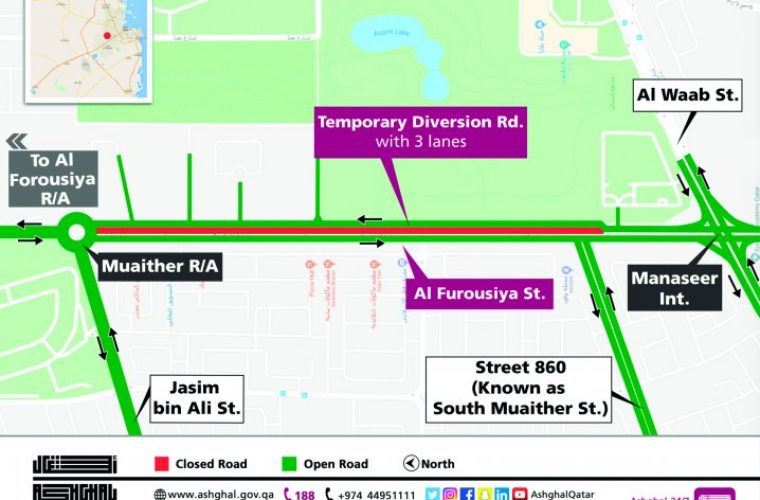 The Public Works Authority ‘Ashghal’ announced yesterday that it will close a 1.5 kilometre section of Al Furousiya Street, in the direction leading from Al Manaseer Intersection to Muaither Roundabout, starting from February 4, for a period of nine months, in coordination with the General Directorate of Traffic.

The diversion aims to enable construction works as part of Al Furousiya Street Development Project, which includes increasing the number of lanes of Al Furousiya Street to four lanes in each direction with a service road on both sides of the street, in addition to converting Al Furousiya and Muaither Roundabouts into signal-controlled intersections in order to enhance traffic flow and ease traffic congestion in the area.

The Public Works Authority will install road signs advising motorists of the closure. Ashghal requests all road users to abide by the speed limit, and follow the road signs to ensure their safety. (Source)

If you have anything you want to share with us, send us an e-mail at [email protected]ar.net!