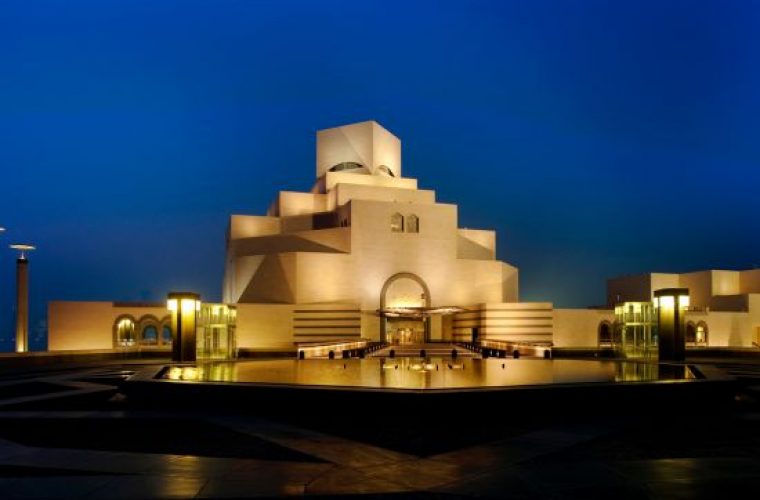 HE Secretary-General of the Ministry of Culture, Arts and Heritage Mubarak bin Nasser Al Khalifa has honored and distributed certificates to the participants in the first training session related to actors’ industry, organized by the Youth Center of Performing Arts in collaboration with Al-Funoon Institute for Media and Theater Training in the Sultanate of Oman in from the 18th to the end of February 2013 as reported by Qatar Chronicle. During the award ceremony, HE the Secretary-General underlined the Ministry’s keenness to promote the theatrical creativity with all mechanisms and tools in order to create a new generation that is aware of this art and its important role in the development of cultural and even all fields. Therefore, the Secretary-General added, the Ministry of Culture seeks to develop the Qatari talents in this fields and the various areas of creativity in order to achieve the cultural strategy of the State. The training session came in implementation of the recommendations emerged from the recent Youth Theatre Festival which called for organizing specialized courses in all forms of the theatrical work, he noted. He explained that the Ministry’s Youth Centers Department and the Youth Center of Performing Arts are responsible for organizing such courses, noting the Ministry’s role in providing the necessary support, and developing mechanisms for promoting the booming theatrical art. For his part, Director of the Youth Centers Department at the Ministry of Culture Abdul-Razzaq bin Abdullah al-Kuwari said that that the training session has succeeded in the discovery of 20 new talents that will enrich the theater movement in the country, pointing out that the training course organized by the Department in collaboration with Al-Funoon Institute for Media and Theater Training in Oman will have a large impact on participants. Meanwhile, Chairman of Al-Funoon Institute for Media and Theater Training extended thanks for the Ministry of Culture, Arts and Heritage of the cooperation, noting that the training session came in the course of the cultural cooperation between Qatar and Oman. Source : Qatar Chronicle