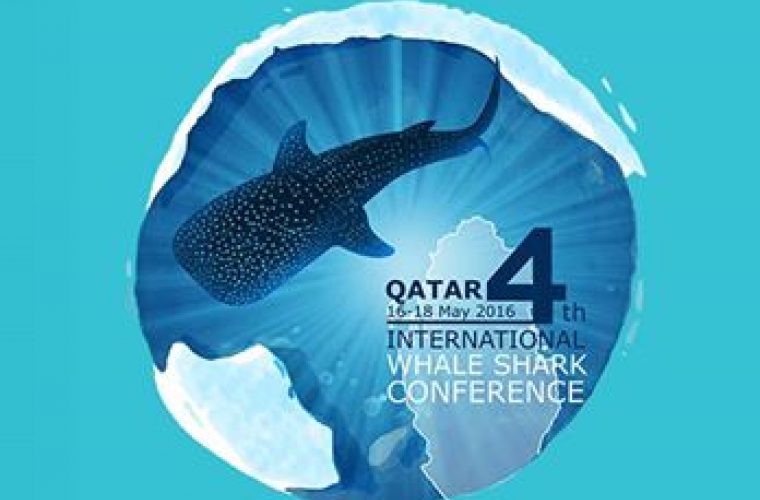 Starting the fourth international conference of the whale shark.
Under the auspices of his excellency Mr. Mohammed Abdulla Al-Rumaihi Municipality and environment Minister, starting at nine tomorrow morning (Monday) at the grand Hyatt, events of the fourth international conference of the whale shark, hosted by the ministry in collaboration with the centre for maersk oil For Research and technology, in partnership with the whale shark project Qatar.
The conference aims to promote international cooperation in maintaining the whale sharks, and participate with approximately 100 participants from different countries of the world, including 75 scientists from 28 countries including Australia, Belize, And Brazil, Honduras, Indonesia Islands, Seychelles, Singapore, South Africa, Sri Lanka, the United States, and Taiwan, and Mozambique, and Mexico.
The conference also contains a number of workshops in which participants submit summaries and illustrative aimed at sharing knowledge and explore measures that contribute to the protection of the whale sharks for future generations.
It should be noted that the ministry of municipality and environment and company " Maersk Qatar petroleum, launched by the research project " Whale Sharks - Qatar " to explore the lives of these fish water existing in the country, with months Summer (between the months of April and) brings together more than 100 fish of that kind in a field of maritime shaheen daily in one of the coolest natural phenomena in the world.
Researchers have gathered in the research project "Whale Sharks - Qatar" adequate information about the behaviour of the whale sharks, the rallies, and its food. They stressed that these fish, which is the largest in the world, are attracted to water country thanks to the presence of Marine Plankton (White Tuna) which are the source of their food. Also attributed its presence in this water to the coral reefs under the platforms synthetic company maersk Qatar petroleum " in the field of maritime shaheen.
The research project "Whale Sharks - Qatar" since its monitoring of more than 400 Fish (many dating back to the field shaheen every year) based on analysis of the pattern of the region.