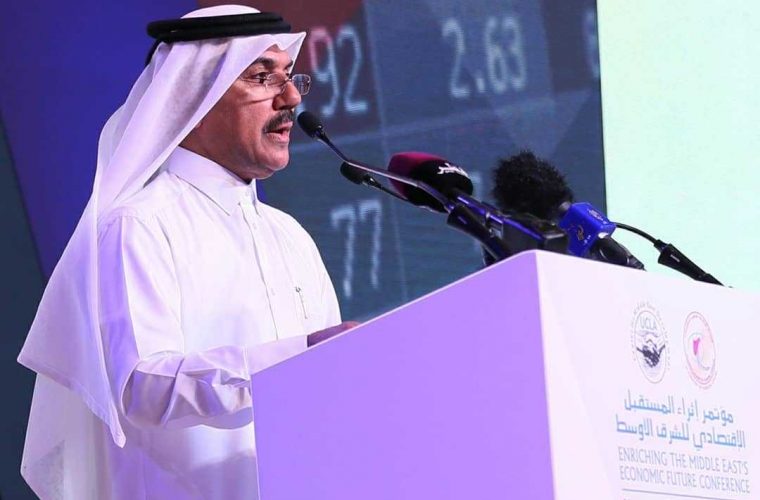 The 14th edition of Enriching the Middle-East's Economic Future Conference will kick off in Doha today with the participation of research experts, academics, businessmen and decision-makers from around the world.

Organized by the Permanent Committee for Organizing Conferences at the Ministry of Foreign Affairs in partnership with the UCLA Center for Middle East Development (CMED), the two-day conference will address the key challenges facing the Middle East and North Africa region, and will provide an overview of the most important issues in the region and the world, while sharing ideas and insights on the future prospects of the MENA region and the world in the economic field.

In remarks to Qatar News Agency (QNA), H.E. CEO of the Permanent Committee for Organizing Conferences Ambassador Abdullah bin Abdulrahman Fakhro said that this year's edition will be attended by nearly 270 eminent personalities from about 73 countries, and will see momentum in its sessions and the issues it will review, such as the Middle East opportunities for progress; the major changes facing the region; the key challenges of economic transformation; adopting entrepreneurship in the MENA region; implications of climate change for energy and economy; and the impact of the Syrian crisis on the economic conditions in the Middle East and Europe.

He noted that the Conference's sessions will not be limited to the economic aspect. They will also address other topics and raise important questions such as changing the European policy towards the Middle East and the repercussions on the region's economy; nationalism in the face of globalization; the role of big cities in changing the Middle East; and the Asian dimension in the region. The Conference did not overlook the role of women in economic development and devoted a session to discuss the transformation in Africa through the participation of women in the economy.

The Enriching the Middle-East's Economic Future Conference has been organized in light of the economic, political and security challenges facing the world and pose major threats to the global order and security. The Conference discusses the true meaning of international legitimacy, including respect for human rights and ensuring mutual respect in international relations, away from political whims and the logic of force.

The 13th edition of the Conference was attended by 250 people from more than 70 countries. The sessions discussed several important topics, including the impact of customs taxes and economic trends on the region's economies, the regional policy response to global trade transformation and economic challenges, the Middle East superpowers, cybersecurity and global order, overcoming fabricated news, the economic future of the Asian powers in the Middle East and welfare in the MENA region.