100 striking labourers to be deported from Qatar 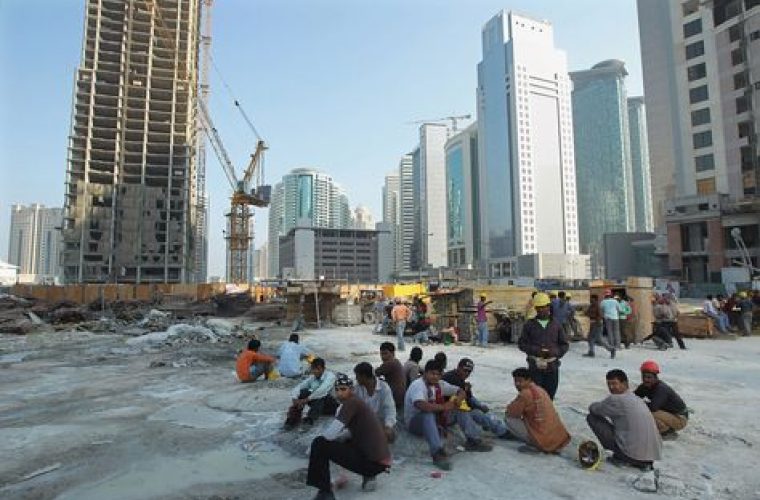 More than 100 migrant labour workers who went on strike in Qatar over low pay are being deported, their co-workers have told Doha News.

The men were reportedly arrested at their labour camp in Doha earlier this week after refusing to work for a third consecutive day.

A camp supervisor hit several of the men with a piece of plastic pipe when they refused to be detained, the co-workers said. The situation escalated into a fight.

Doha News said when it visited the camp on Monday it saw a supervisor with a black eye and a fresh cut on his cheekbone, which the workers claimed was inflicted during the fight, but the man declined to discuss his injuries.

The men, from countries including Nepal, India, Sri Lanka and Bangladesh, are construction workers employed by Qatar Freelance Trading and Contracting as well as Qatar Middle East Co, the website said.

According to Nepali daily Kantipur, the strike started when they were ordered to work on Friday evening, the only day they usually have off.

They claim they were forced to sign new contracts with lower pay when they arrived in Qatar and that some workers had not been paid for October.

They claimed about 800 workers were involved in the strike, but company managers have downplayed the figure.

The companies have denied the allegations.

Between 50 and 60 employees had refused to work because “they wanted [a higher] salary,” he was quoted as saying.

Those are not being deported had asked to go home, he said.

Qatari authorities have announced changes to improve conditions for migrant workers in the country but international human rights groups say they do not go far enough.