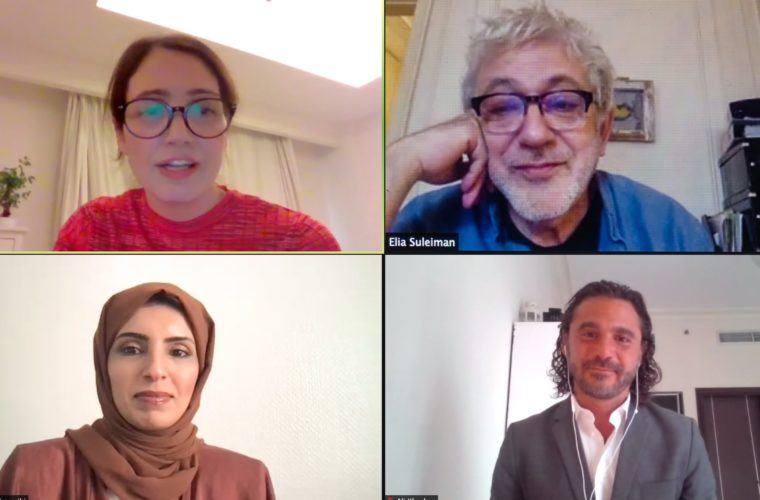 Welcoming the filmmakers at this year’s virtual opening, Fatma Hassan Alremaihi, Chief Executive Officer of the Doha Film Institute, said: “As an initiative launched to strengthen the powerful connection between the creative energy of the Arab world and industry communities around the world, Qumra continues to serve a central role in identifying and nurturing cinematic talent.

“After an incredibly challenging past year not only for the film industry, but for all of humanity, our focus has been to ensure that our support to promising cinematic voices remains uninterrupted. This year’s virtual edition underlines that no matter where we are in the world and the turmoil we are experiencing, the medium of cinema will continue to uphold freedom of expression, bring understanding across cultures and backgrounds, and inspire optimism for the future.”

She said the real credit for the success of Qumra goes to the young filmmakers, who prove their determination to pursue their passion for cinema. “I salute their commitment and dedication to the art of film, and I am confident that Qumra will serve as a beacon of hope and confidence that together we will overcome the challenges and build ourselves stronger. We are also extremely humbled by the unfailing commitment of our 2021 Qumra Masters and Filmmaking Mentors, without whose contribution, Qumra would not be possible.”

Palestinian filmmaker and DFI’s Artistic Advisor Elia Suleiman said he hopes to be inspired by Qumra this year, having been working personally on his new film in the past months and had been impatiently waiting for this edition.

Presenting new perspectives from emerging filmmakers from the Arab world and beyond, Qumra 2021 serves as a vibrant platform for dialogue among young and experienced filmmakers. The Qumra 2021 programme includes projects from 21 countries including 30 features, 12 shorts and six series including five new Qatari features in development. The sessions are presented in two parts: tutorials, workshops, consultations and one-on- one meeting for projects in development; and work-in-progress screenings and feedback sessions for projects in post-production. Qumra supports the script-to-screen journey and beyond, and with the inclusion of VoD and online platforms, allowing filmmakers explore conventional and unconventional platforms to take their projects to a wider audience.

A one-of-a-kind professional incubator, Qumra is a part of DFI’s mission to nurture the success of filmmakers from the region and beyond and prepare them to bring their projects to audiences around the world. Legendary French auteur Claire Denis, BAFTA and Academy Award® nominated cinematographer Phedon Papamichael, internationally celebrated director and Cannes veteran James Gray, Silver Lion winning film director and screenwriter Jessica Hausner and Academy Award® winning sound designer Mark Mangini are the Qumra Masters this year, who will share their invaluable insights with the participants during their master-classes.

Qumra 2021’s virtual format allows film lovers from across the globe to participate in diverse programmes with the Qumra Pass, including fascinating Master Classes with luminaries in contemporary cinema, inspiring talks with distinguished artists, and a selection of screenings for audiences in the MENA region showcasing works of new and seasoned Arab film talent supported by the Doha Film Institute. To buy the Qumra Pass, view the entire programme and ticket details please visit: www.dohafilminstitute.com/qumra/qumrapass.