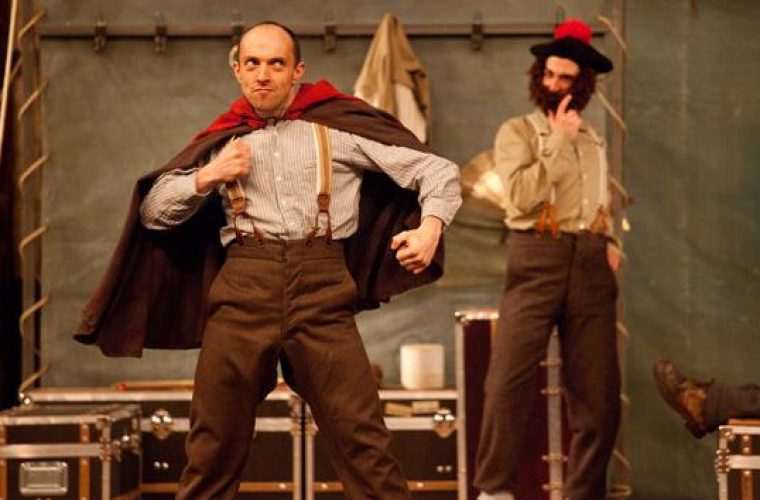 Theatre lovers in Doha relived one of the greatest tragedies William Shakespeare has ever written in Shakespeare’s Globe Theatre production of Hamlet which played at Al Rayyan Theatre last night.

“The idea is to take Shakespeare’s Hamlet to every country of the world to mark the 400th anniversary of his death anniversary. We’ve been touring around the world for 20 months now and we’ve been in the Middle East for a couple of weeks now,” said Naaem Hayat, who plays Hamlet.

“We’re very excited to be in Qatar. This country is a very unique place. I haven’t been in Doha for a long time but it seems to be a very vibrant and lively place full of energy. We hope the audience enjoy the production which is a very simple telling of the story,” said Hayat, who is very much pleased with the success of the play in 160 countries they had reached so far.

The world tour which takes the play to over 190 nations started on April 23, 2014 and will end on April 23 this year. It is aimed at promoting an open and joyous conversation across languages and borders through the medium of Shakespeare and theatre.

The company comprising 12 cast and four stage managers have always loved the unique reactions from the audience in every country where they perform, added Hayat.

Among the upcoming events lined up are a concert by the Qatar Philharmonic Orchestra featuring music from Shakespearean plays and films, screening of the film “Much Ado About Nothing” at Katara, and educational programmes, he added.