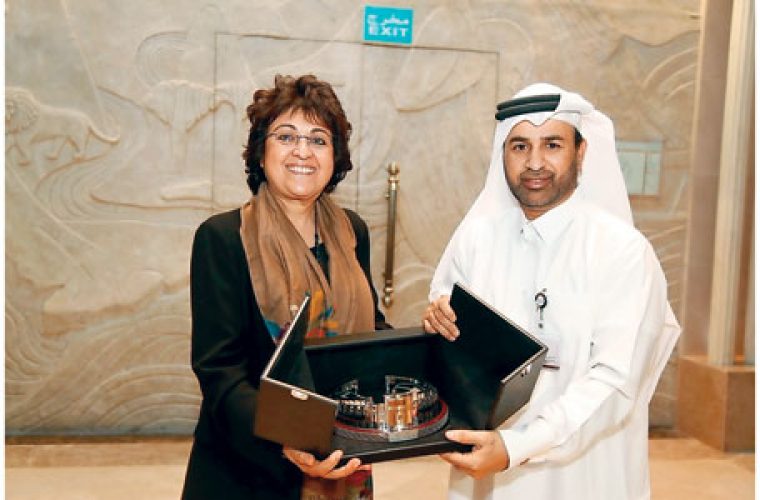 The first Moroccan Handicraft Week opens tonight at Katara Building 3, featuring more than 55 craftsmen, artists and folk singers representing different regions of Morocco. Running until January 5, the expo provides visitors with a glimpse of Morocco’s traditions, culture and socio-economic activities. Two bands will present the traditional music of southern and northern Morocco at the event which will be inaugurated by Katara General Manager Dr Khalid bin Ibrahim Al Sulaiti in the presence of Moroccan Qatari Friendship Club Chairman Dr Shaham Al Ashrafi and other officials and representatives of diplomatic missions. Meanwhile, Dr Al Sulaiti received the Moroccan Minister of Handicrafts, Social Economy and Solidarity, Fatima Marouane and discussed ways of strengthening cultural relations. She also toured Katara, including the Moroccan craft gallery. Dr Al Sulaiti said Katara was keen to host cultural events such as the Moroccan Handicraft Week to promote communication among people of different countries and bring together civilisations and traditions, including Arab-Islamic civilisation. He praised the Moroccan craft gallery which features cultural and historical aspects and handicraft activities, and said Katara is always ready to host such events to consolidate relations between two countries. The minister said Moroccan traditional industry is a very vital sector of the country’s economy which has 2.2m people working in the sector, equivalent to 20 percent of the economically active population. She said the sector had an annual growth of 13 percent and promoting and reviving the tourism sector which is one of the ways of linking people in different parts of the world. http://thepeninsulaqatar.com/news/qatar/265818/moroccan-handicraft-week-opens-at-katara