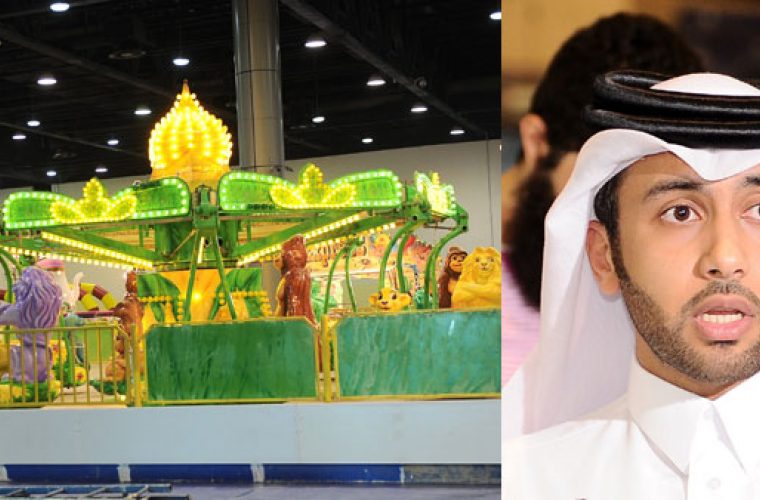 The Entertainment City at the Doha Exhibition Centre (DEC) is all set to welcome visitors starting tomorrow for the Qatar Summer Festival (QSF) 2015 taking place from August 1 to 31.
Hosting different activities and games for adults and children, the venue features 20 mechanical, 50 video, and 10 skill games spread out on a 15,000 sqm area.
Qatar Tourism Authority (QTA), which organises the event, has selected rides and games that would fit all age groups and meet “the different interests of the people.”
“We hope that this year, they will have more fun with the artistic theme and we did it indoor because of the summer season,” QTA’s festivals and events director Mashal Shahbik told reporters at a press preview of The Entertainment City yesterday.
The main QSF venue, which can accommodate at least 7,000 people, consists of four major activations which include the rides and games, entertainment stage, food court, and the shopping zone known as the mini trade fair.
Shahbik said a special section called ‘Colour your summer,’ the festival’s theme for 2015, is specially meant for young children.
“The activation here will be about arts, how to draw and colour which will go with this year’s theme,” Shahbik noted.
One of the festival highlights includes the mini trade fair which hosts some 125 stalls for exhibitors from different cultures who will be showcasing unique products and souvenirs.
Faisal al-Mohannadi, director of Public Relations and Communications at QTA, said they have opened the door to any exhibitor who wants to participate.
Describing the activity as a fusion of various cultures (Asian, African, European and Arab, among others), he expects a number of Qatari entrepreneurs to take part in the trade fair.
The senior QTA official pointed out that this activity was not a new addition to the festival this year. Besides having a bigger number of exhibitors, organisers have separated the shops from the food outlets, as well as the rest area.
While the Food Area is not a main focus at The Entertainment City, QTA noted that the section was put up to assist the need of the visitors.
“It is not an attraction by its own but it is to facilitate everyone,” Shahbik said, adding that more than 10 eateries and restaurants, including the inner ones like candy and popcorn stalls, will be operating at the venue.
The Entertainment City also hosts a number of games and extreme rides for adults dubbed as the City Hooper, Crazy Wave and Bumble, among others.
Finishing touches are underway for the entertainment stage which will host numerous live shows. Children will have the chance to see live and meet their favourite cartoon characters such as Barney, Lazy
Town, Teletubbies and Dora.
The QSF will also feature two live ticketed concerts at the Hamad al-Attiyah Arena on August 27 and 28.
Renowned artistes and performers such as Asala Nasri, Saad Lamjerd, Balqees Fathi and Rabeh Saqer will entertain the crowd for two days.
The Doha Comedy Day is set on August 29 at the Qatar National Convention Centre , featuring Fahed Beitari, Ibrahim Khairallah, Hamad al-Ammari, Ahmad al-Shamri, Badr Saleh, and Ali al-Sayed. Tickets are available at Virgin Megastores.