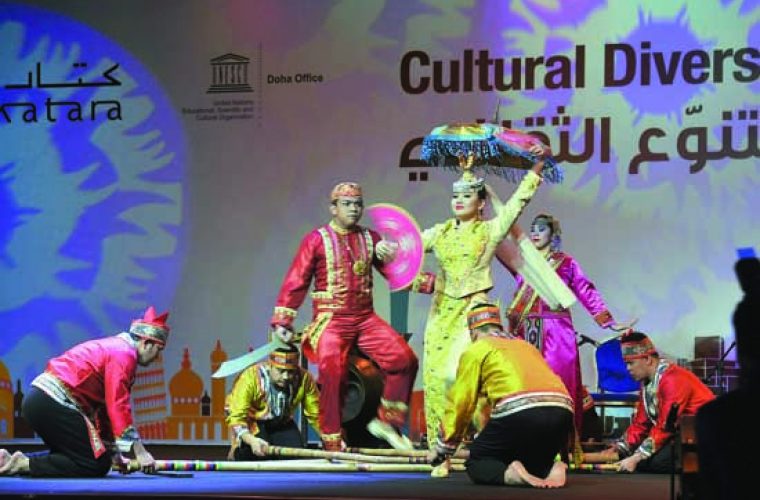 Bayanihan, the National Dance Company of the Philippines, delivered a stunning performance of a melange of folk dances to a rapturous applause as it raised the curtain at the Cultural Diversity Festival at Katara Esplanade last night.

The oldest and most acclaimed dance company of the Philippines, the troupe was the first among the cultural performing groups from 20 countries to feature at the five-month festival presented by Unesco Doha Office and Cultural Village Foundation - Katara.

The troupe has lived up to its name which literally means “patriotism or love of country”, taking the audience on a journey through the history of the Philippines via music and dances from different eras of Philippine history and geographical regions of the 7,107-island nation.

From the pre-colonial Mindanao to the Spanish-era Manila, the dances provided a glimpse of the country’s history told through the world-class performance of the group established 60 years ago. The troupe encapsulated in an hour-long show popular folk dances such as Singkil, Maglalatik, Tinikling and Pandanggo sa Ilaw, to name a few. The audience was mesmerised by the impressive performance, colourful costumes and music played using native percussion and stringed instruments. Castanets, bamboo sticks, coconut shells and wooden sandals enhanced the dance suites.

He said ‘Bayanihan’ could refer to “a spirit of communal unity and cooperation to achieve a common goal” and “patriotism or love of country” displayed by the group in its performances.

“Cultural diversity is at the core of what Unesco is doing and I think it is also at the core of the human being. Knowing each other helps us live better and in harmony. We hope that the festival will show the diversity of the community living in Qatar and how they can live together well,” said Anna Paolini, Director, Unesco Office in Doha and Representative to Gulf countries and Yemen. The company will stage another performance at 7.30pm tonight.

The biggest and longest festival of its kind hosted by Katara, the festival runs until May 25 and will see performances by 20 troupes from various countries and continents. It also includes international and national workshops and is a vital part of Unesco’s Intercultural Dialogue and Cultural Diversity Programme to increase cultural awareness and understanding. India’s World Cultural Forum will perform on January 18 and 19, followed by the Nairobi National Dance Ensemble from Kenya on February 1 and 2.