Qatar the Most Peaceful Nation in the Region 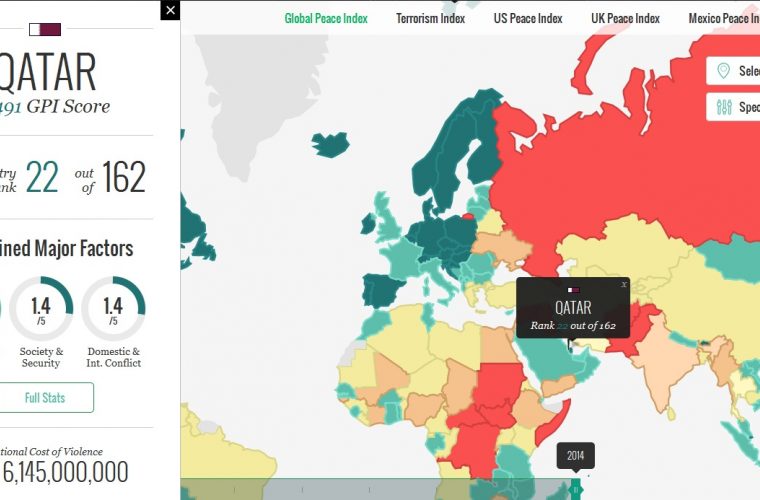 The State of Qatar topped the Middle East and North African (MENA) region in Global Peace Index (GPI) in 2014 for the sixth year in a row(2009-2014). Qatar came in the first place among the Arab countries and in 22th place on global level among 162 countries covered by the GPI. 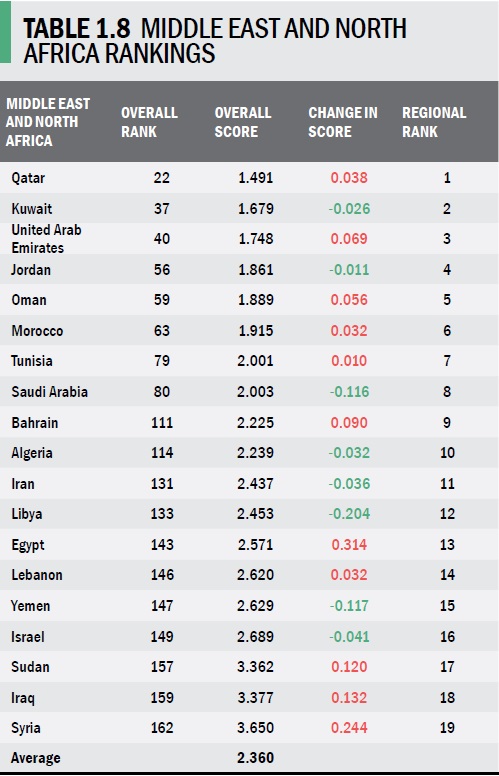 According to the current index report, the grades that Qatar grabbed demonstrate its ascendency in regional and international levels in various areas of security, economic, educational, social, cultural and other fields.

Consistent with the results of the GPI for the current year, Qatar enjoyed a high level of security and stability, low crime rates and high levels of social development as well as the economic development of the state is characterized by a distinct and high level of transparency in addition to low rates of corruption in all institutions, and high level of per capita income by low unemployment rates and high level of education, high life expectancy, as well as the low rate of infant mortality.
According to the report, Qatar overtook the major developed countries in several points, including the low rates of all crimes and crimes of murder as the State has a good international relations with no internal or external threats.

The index is published by Institute for Economics & Peace (IEP), a non-profit research institute that studies the relations between economics, business and peace, which is based in Sydney. The GPI is considered as the leading measure of global peacefulness.

The Index measures a number of quantitative and qualitative indicators based on the data from reliable sources and it consists of internal and external factors such as: political stability, number of crimes in society, number of internal security officers and police, number of homicides, ease of access to small arms and light weapons, extent of corruption level of organized internal conflict, likelihood of violent demonstrations, level of violent crime, political instability, level of disrespect for human rights (political terror scale), relations with neighboring countries, number of deaths from organized conflict (internal), extent of health care and opportunities for education.