Eid marks show of patriotism and solidarity with Qatar 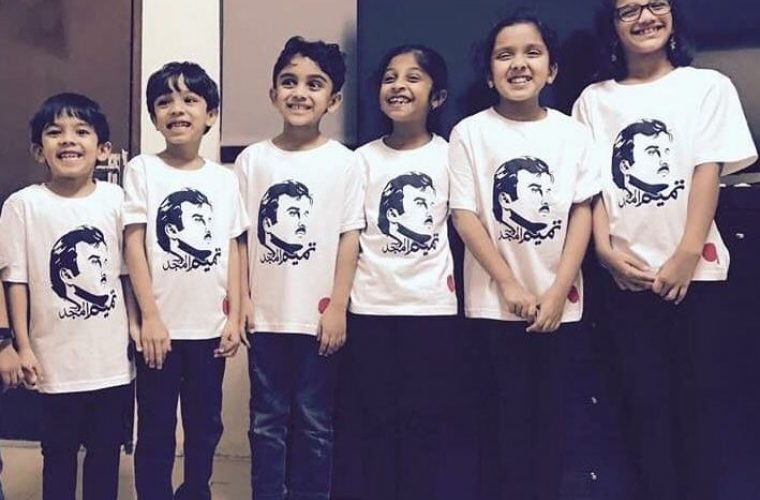 The expression of love and loyalty with Qatar and its leadership is an additional colour in Eid celebrations being marked across the country this year.

The expression of patriotism from the nationals and solidarity from the expatriates started with sending Eid greetings using images of Qatari flag and picture of the Emir, the iconic Tamim AlMajd picture. “This year, digital Eid cards circulating on social media platforms are different from the ones usually used every Eid. They carry the Qatari flag and the picture “Tamim AlMajd” along Eid greeting message,” said Jafar, a Bangladeshi expatriate.

A group of friends wearing t-shirts with Emir's picture.

Along other decorative objects, Tamin AlMajd images and flags of Qatar were seen at all malls, hypermarkets, parks and recreational places. The residents have already decorated their homes and vehicles with flags and pictures of the Emir.

The badges with Qatari flag and Tamim AlMajd image are also witnessing increased sales in the country.

Tamim AlMajd stickers for vehicles are being sold at QR15, QR30, QR50 depending on the size.

“These festivities too have not made us forget that we are living under siege laid by some neighbouring countries. Our emotions of love and loyalty with Qatar and the Emir are not dampened due to Eid celebrations and they will never die down,” said Abdurrehman.

The migrant workers who celebrated Eid festival in Asian Town at “Eid Al Fitr Awareness and Cultural Celebration” event organised by the Ministry of Interior were also wearing Tamim AlMajd badges to express solidarity with Qatar and its leadership in ongoing blockade situation.

“We are standing with Qatar not on the grounds that we have employment here, we live in this land but we really believe that in this ongoing crisis, Qatar is standing with the principles of truth,” said a group of Sri Lankan migrant workers.

Mushtaq Ahmed, a Sri Lankan expatriate said: “This is the only way we have to show our support for Qatar. It is an expression of love with Qatar and its leadership. I am sure that all the conspiracies being hatched against Qatar will ultimately fail and we will succeed.” (Source)