A Song To Alia and all Arab Women 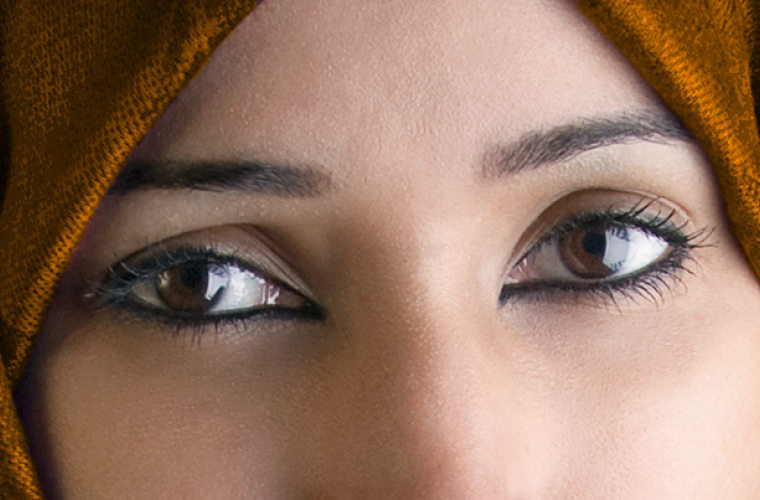 Daniel MacIntyre was born in Halifax, Canada and has lived in the UAE for 7 years, teaching English as a second language and being a songwriter. Today we had the opportunity to ask him about his experiences in the Gulf as a songwriter, and about the story of ‘Alia’, a song he wanted to dedicate to all Alias of this world.

Thank you for giving us the opportunity to speak to you about song writing and your song ‘Alia’.

ILQ: How long have you been a songwriter for, and what inspired you to be one?

Daniel: I’ve been writing songs since I was about 20 years old. The first song I wrote was inspired by my mother. It was about a serious event here in Halifax, called ‘The Halifax explosion’. From that point on I just felt it was something that helped me deal with how I was feeling.

ILQ: When and where did you live in the Middle East?

ILQ: How did the experience of living in the Middle East shape you as a person and as a songwriter?

Daniel: In general, I would say that it impacted me in the way that it really broadened my view of life. This is because the culture there is so different from the culture I originate from, and I was able to observe the different ways in which things are done. So I came to the conclusion that they are many ways of doing things, which are all appropriate. Particularly, depending on where it is you are. The form of dress, for example, being very different from the blue jeans and T-shirt, I discovered so highly appropriate for desert conditions.

As a songwriter this really gives me a wider range of experience I can draw upon.

ILQ: You mentioned that you recently returned to the Gulf, in what ways did the experience change or remain the same?

Daniel: Actually it was jaw dropping. My wife and I had been away for 13 years before we went back last year. We went back because we wanted to reconnect, physically with our several Emirati friends, and the development of the country was quite astounding. We were flabbergasted with respect to how things have changed. With regards to our friends, it was the same, with the relationship just as strong as it was when we left.

ILQ: What did you love most about living in the Gulf?

Daniel: I think what I really loved most about living in the Gulf, was the opportunity to understand and find out more about the Arabic culture. And it just so happened that our friends allowed us to experience their culture, in ways that many of my colleagues were not able to experience. I remember for example going into the desert to find a truffle that is a delicacy. It was a day where the whole family came to the desert in three or four vehicles. Once the truffles were spotted, the doors would fly open and everyone would collect them in their sacks. These truffles only come after the rain, which is quite scarce. This was really a fun activity.

ILQ: To come to the song, what inspired you to write a song for Alia, and who is the woman behind it?

Daniel: When I was there in 2014 with my wife, we had the opportunity to go into the desert with Alia’s family. It was our intention to go out and enjoy a meal. After much talking, Alia learned I was a songwriter and became interested in a song I had written for my grand niece, who I consider more to be a grand daughter. When she listened to it, she expressed her love for the song, and mentioned to my wife that she wished I would write a song for her. Last summer the inspiration came to me for writing a song for Alia.

ILQ: Why do you want to dedicate the song to ALL Alias and Arab Women of this World?

Daniel: In my capacity as an ESL teacher I had the opportunity to meet many male and female Arabs. I taught at the University of Al Ain a number of these ladies and found them to be, generally speaking, very gentle, courteous, respectful and curious. I found them to be wonderful people and thought the world should know that. That’s why I want to dedicate the song to all Arab women and not just in the Gulf but in Canada as well, where I worked at a school with immigrants and refugees from everywhere including Syria, Lebanon, Saudi Arabia, and Yemen. I want the world to know that they are wonderful.

The Song is not a political one, but one that is reflective of people, who certainly in the West, are sometimes misunderstood, because perhaps of a lack of contact. As I mentioned having lived in the Middle East has really changed my views of the culture and I want people to recognize and respect that.

ILQ: What is your favorite verse of the song and why?

Daniel: I think probably the last verse of the song, because the last verse refers to a family as well. And Alia does come from a large and loving family. We had so many lovely experiences. We learned that Alia and her family are highly considerate of others. Being brought up to first think of others. And that is presented in not only her family, but in all families from the Gulf we had the pleasure of meeting.

ILQ: Who do you hope to reach with this song?

Daniel: I hope to reach everybody. I certainly hope to reach the Arab population, especially the women, to remind them that someone thinks of them. But also people in the West, so to bring attention to the way I think of Arabic women.

ILQ: Finally, ILQ wanted to ask you for your message to aspiring songwriters and the Alias of this world!

Daniel: As far as words of wisdom for songwriters, write about your experience, about what you know, while at the same time finding a creative way to express yourself. Inspiration comes from everywhere and at the strangest times, so I usually carry a pen and paper with me.

For the Alias of the World; be who you are, don’t change! Stay the way you are.

With this lovely message we now invite you to listen to ‘Alia’ and share it with all Alias you know or anyone you think needs to hear the song!

She has a smile that can light up the darkness. She has a way that can put you right at ease. She has a style, a gentle style, quite like no other; but she can bring the strongest man down to his knees.

She has the eyes of an Arabian woman, that mesmerize and penetrate into your soul. And when she speaks, you hear a voice as soft as satin, and when she walks sweet Eloquence goes for a stroll.

Alia, it's good to know you. We love your company. My wife and I would like to thank you for your hospitality.

Well, she was born into the beauty of the desert; part of a large and loving family. Where she was taught to first always think of others; to be a friend and live her life with dignity.