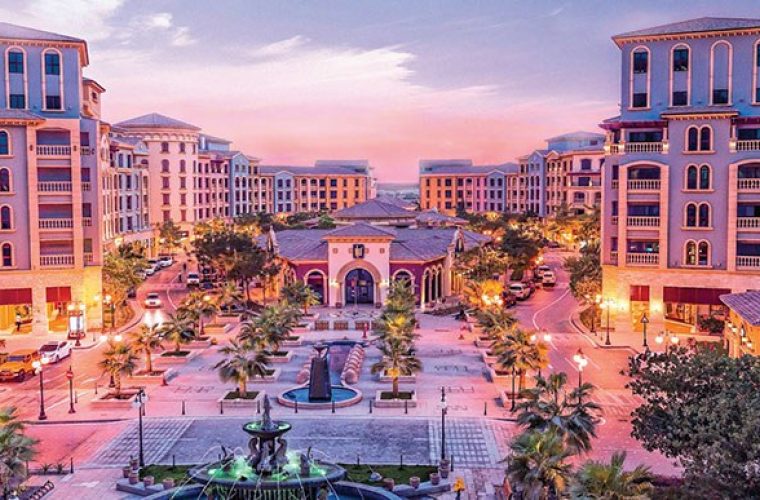 The United Development Company (UDC) showcases through its pavilion at Cityscape Qatar 2019 exhibition its various real-estate projects to familiarize investors from Qatar and abroad with a range of lucrative investment opportunities, launching for the first time a limited number of beach villa plots in Gewan Island and Qanat Quartier Marina at The Pearl-Qatar.

CEO of the United Development Company Ibrahim Jassim Al Othman said that the company's participation in the 8th edition of Cityscape Qatar comes to showcase its various projects and present the progress made in the Gewan Island project, which the UDC announced in the previous edition of this distinguished exhibition, noting that the work in the project is well underway.

In remarks on the sidelines of Cityscape Qatar 2019, Al Othman said that the UDC had announced sales operations in the Gewan Island, and there are plots for sale with waterfronts, some of which have seashores. Part of these lands have been sold and others are reserved, and there are other plots for those wishing to invest.

Al Othman noted that the company is currently working on the opening of a number of hotels, including the Hilton Hotel Pearl before the end of this year, and the St. Regis Hotel in Marsa Arabia which will be ready before 2022. By the end of these phases, the UDC will have six international brand hotels of 7 and 5 stars located in The Pearl and the Gewan Island.

In terms of supply and demand, he pointed out that the State of Qatar has put forward a very positive initiative, which is allowing non-Qatari ownership. Such initiatives provide significant support for the sales in The Pearl and the Gewan Island or even in the freehold areas allowed for foreign investors, and create better business movement in the real estate sector.

Al Othman also expected significant growth in real estate demand, especially in light of the state's readiness to host the 2022 World Cup, and other tournaments.

CEO of the United Development Company Ibrahim Jassim Al Othman noted that the company seeks to create private communities in its projects, providing an integrated community life that attracts the population.

In this context, he referred to the UDC announcement of a project to construct the "United School International" at The Pearl, in addition to a project to develop a hospital which is still under study, noting that these elements ensure an integrated society that attracts the entire population from all walks of life. The Pearl also includes restaurants, shops and one of the most beautiful marinas in the world, making it a privileged place in the State of Qatar attractive for living, investment, entertainment, and all needs, he added.

The United Development Company revealed its plans to develop Gewan Island during Cityscape Qatar 2018. The Island is situated next to The Pearl-Qatar, and will span 400,000 sqm. Once completed, the Island will accommodate 3,500 residents and a similar number of daily visitors.

Gewan Island will be home to 712 units, including 641 apartments, 20 standalone villas located along a placid beach in a quiet and gated seaside community as well as 21 beachfront villas with private beach and 26 waterfront villas that are equipped with private pontoons for private boats, in addition to 11,000 square meter of retail spaces and several multi-use buildings.

Meanwhile, Qanat Quartier Marina precinct will comprise of 3 palaces with private beach, 13 Waterfront villas, in addition to a prayer room, landscaped areas and parking spaces for visitors. The precinct is located in an exclusive neighborhood next to Lido Venezia Beach, which offers the opportunity to relax in a private community, where the charm of Venice meets the attractive beaches, through Qanat Quartiers low-rise and colorful buildings, as well as the interlocking canals, pedestrian squares, shops and luxury commercial outlets.

The other offers that UDC is providing during Cityscape Qatar Exhibition include residential units in Al Mutahidah Towers at attractive prices, along with up to three months rent-free on residential lease contracts at The Pearl-Qatar, which has been developed over the years into an integrated, and sustainable community.