The truth about internet speeds in Qatar 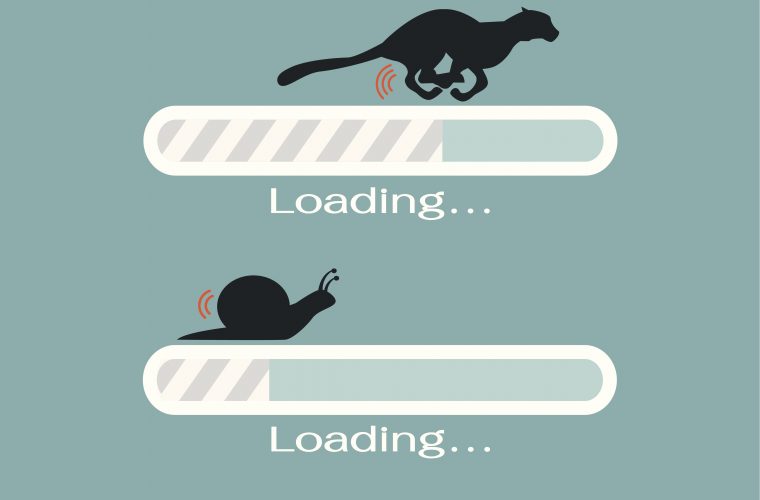 When it comes to surfing the web, we expect our browsers to run at the speed-of-light. But we all know that in reality, this isn’t always the case. So when you’re shelling out extra funds for high-speed or fibre-optic cable you want to make sure you’re getting what you pay for. ILQ helps break it down.

In Qatar we have two Internet Service Providers (ISPs) – Ooredoo Qatar, and Vodafone Qatar. All over Qatar we can sign up for Ooredoo internet at home, but Vodafone only offer home internet services in Barwa City and The Pearl – which gives a bit of an edge to Ooredoo Qatar since they have more home broadband customers than Vodafone. This also means that competition isn’t that tough in this segment of the market.

Mr. Q, your friendly neighbourhood Qatari, ran a recent survey on Twitter asking his followers if they feel like they’re getting what they pay for when it comes to internet speed and service in Qatar. Below are the results as you can see for yourself 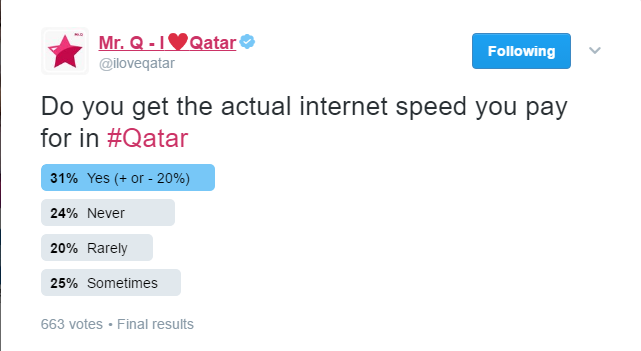 What most people don’t realize is that there are a few important factors involved when it comes to making sure you’re actually getting the internet speed you’re paying for.

Your device needs to be capable enough to handle the speed of internet. For example, if you’ve got a 1Gbps plan from Ooredoo (like we do!) your devices need to be compatible with that speed in order to take advantage of it.

But hang on a second – you’re sure that your device is compatible, and you always buy latest hardware every year. Then, what’s the problem? Let’s break it down into two different scenarios.

Let’s say you’re one of those folks who always goes wireless. You’re using the internet over WiFi and still can’t get the correct speed; what could be the issue then? Well, there’s a few reasons at play.

Different WiFi standards and their speeds 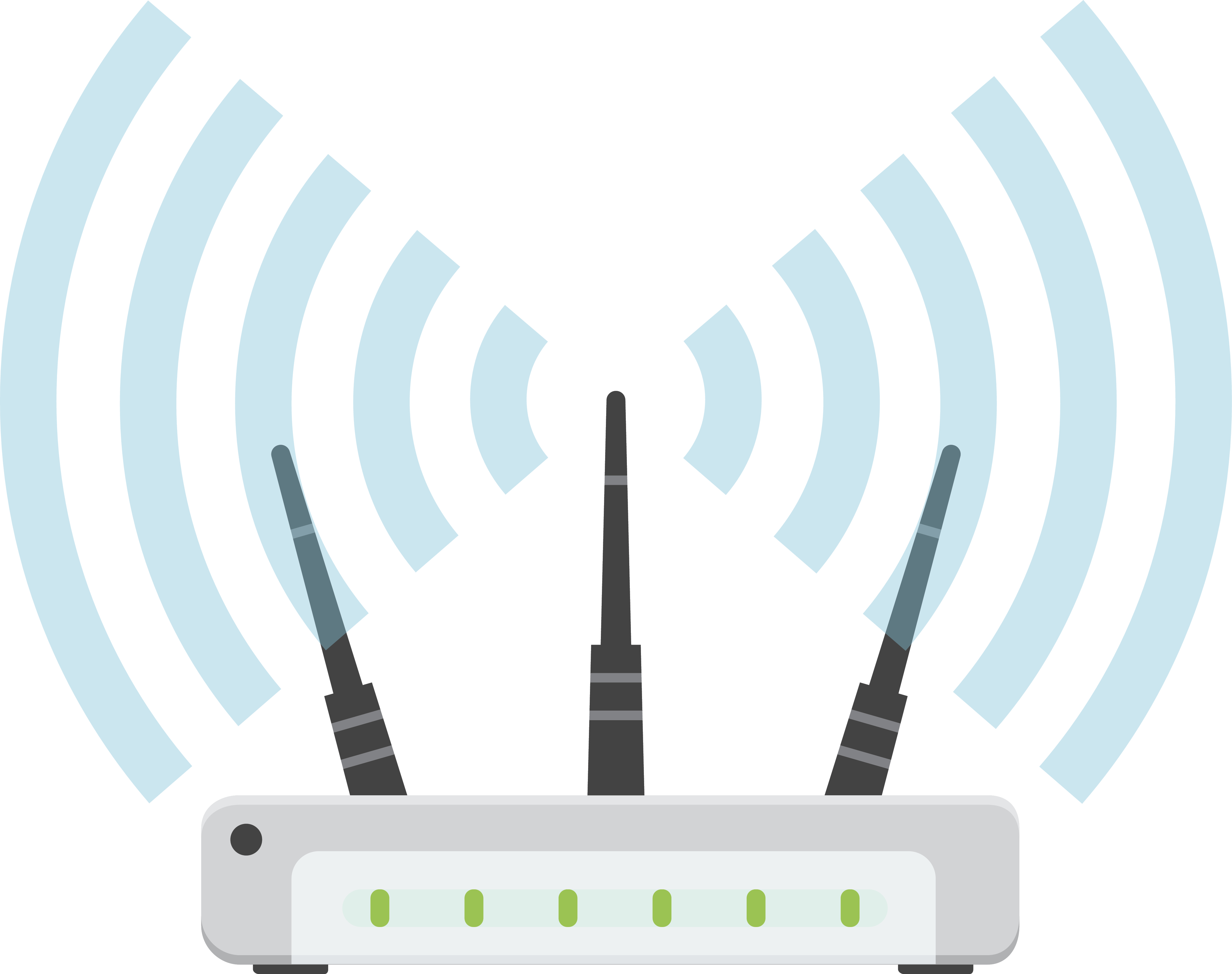 802.11n (Also known as ‘Wireless N’) - This WiFi i standard provides 300 Mbps of speed over 2.4 Ghz and has a somewhat better range than previous standards. It’s also backwards compatible with 802.11 b/g.

802.11ac - This is the newest WiFi standard and utilizes dual-band wireless technology, supporting simultaneous connections on both the 2.4 Ghz and 5 Ghz WiFi bands with speeds up to 1,300 Mbps (1.3 Gbps) over 5 Ghz and 450 Mbps over a 2.4 Ghz band. It’s also backwards compatible with 802.11b/g/n standards.

Your router plays a big role in connecting your devices to the internet over WiFi, so you need to make sure that your WiFi router supports the latest WiFi standard called 802.11ac. If your devices support the 802.11ac standard but your router doesn’t, your devices won’t be able to achieve speeds of 802.11 ac standards.

Now let’s talk about your devices 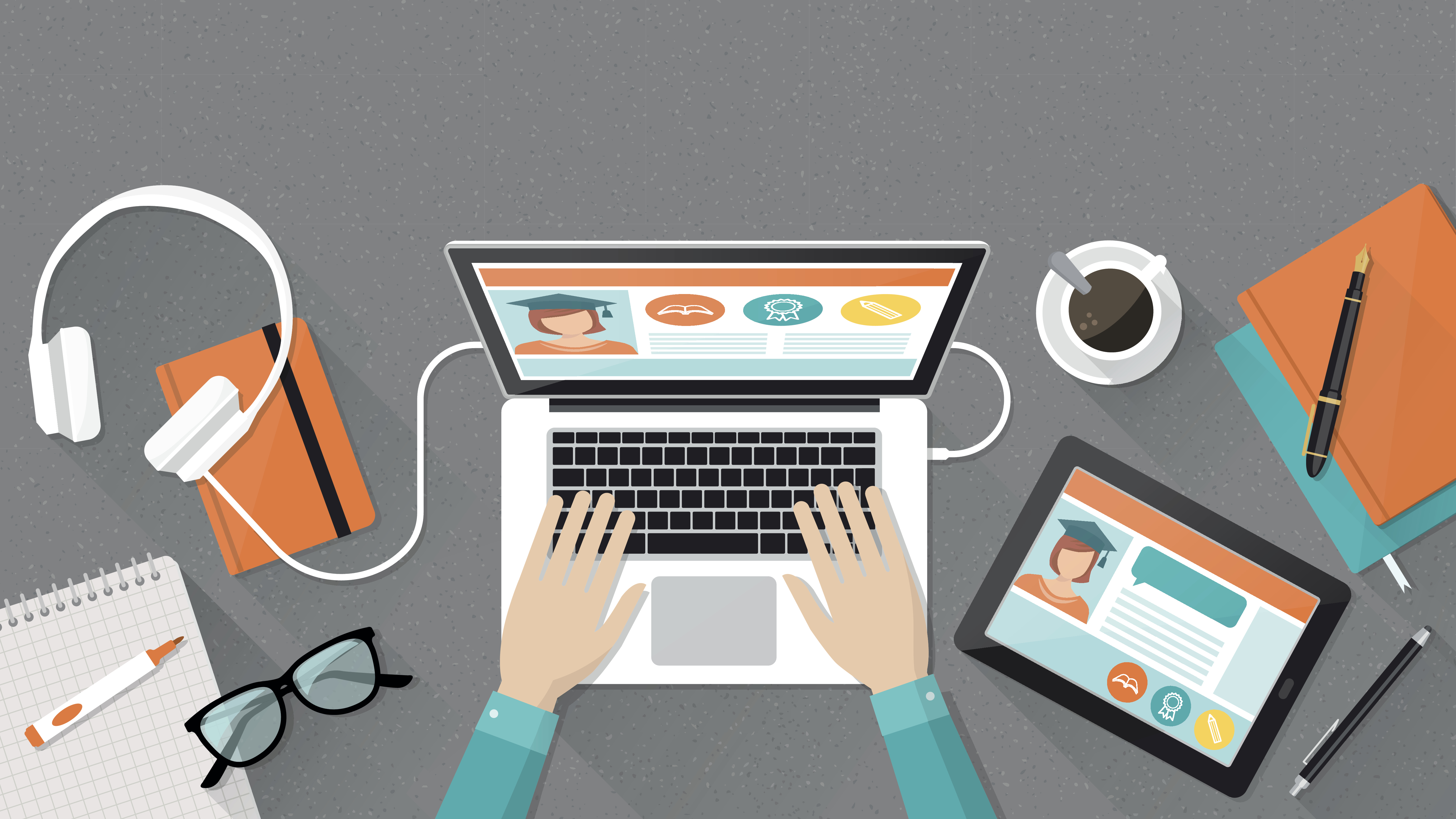 So the device you’re using doesn’t support the speed you’ve got from your ISP? (In this case, 1 Gbps from Ooredoo.)

To get this standard on your laptop or desktop, you’ll need to either buy a new WiFi card which supports 802.11ac standard, or buy a new laptop which has built-in support for it.

But what about mobile phones? 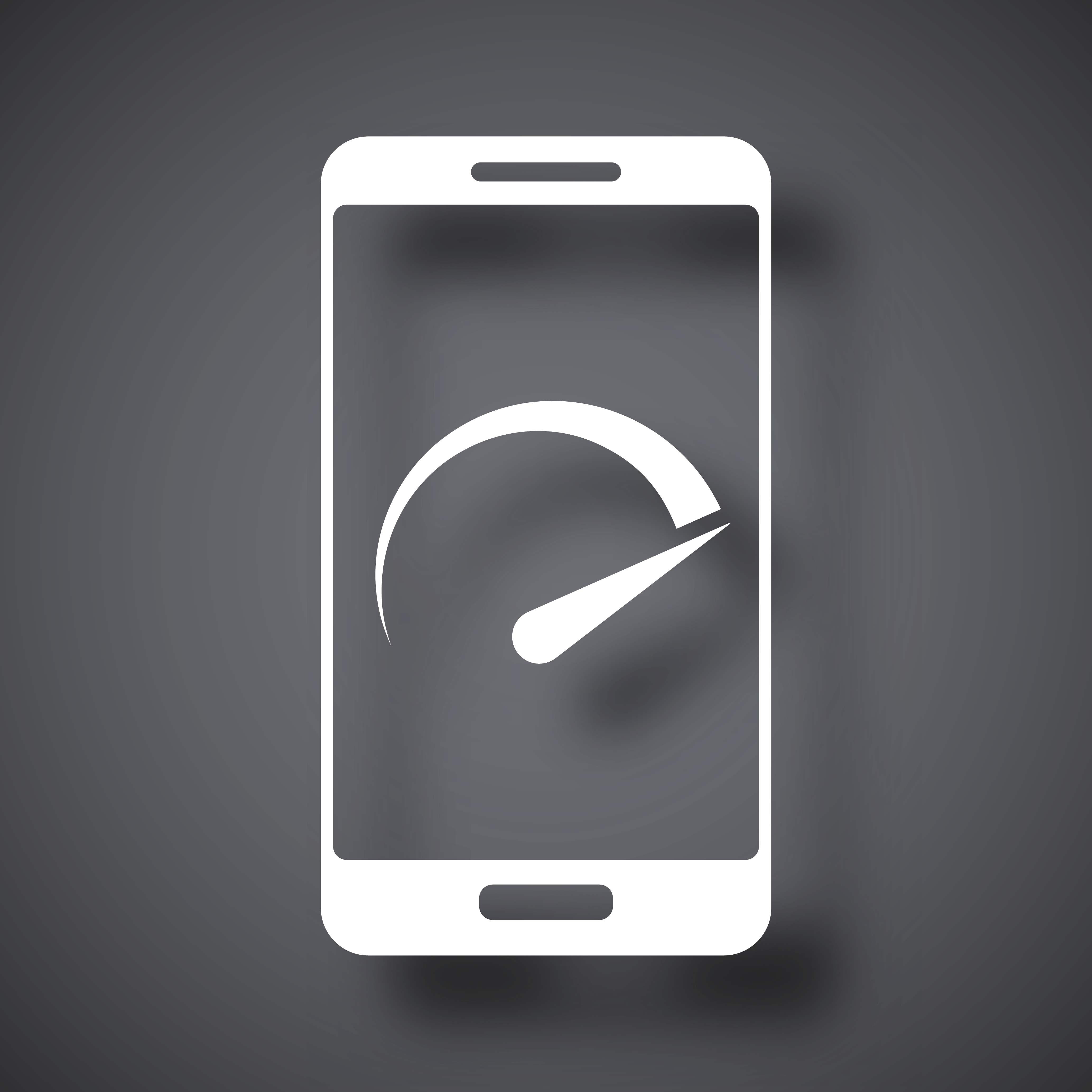 Because of the way mobile phones are designed, we can’t use add-on cards with them to extend their functionality. (Modular phones? Maybe one day). These days, mobile phones have something called SoCs (System on a Chip). This SoC comes with everything built into it – the processor, graphics processing unit, networking card etc. So it’s difficult to upgrade them. To get the latest standard on mobile devices you unfortunately have to buy a new device which supports the latest 802.11ac WiFi standard.

Different wire standards and their speeds: 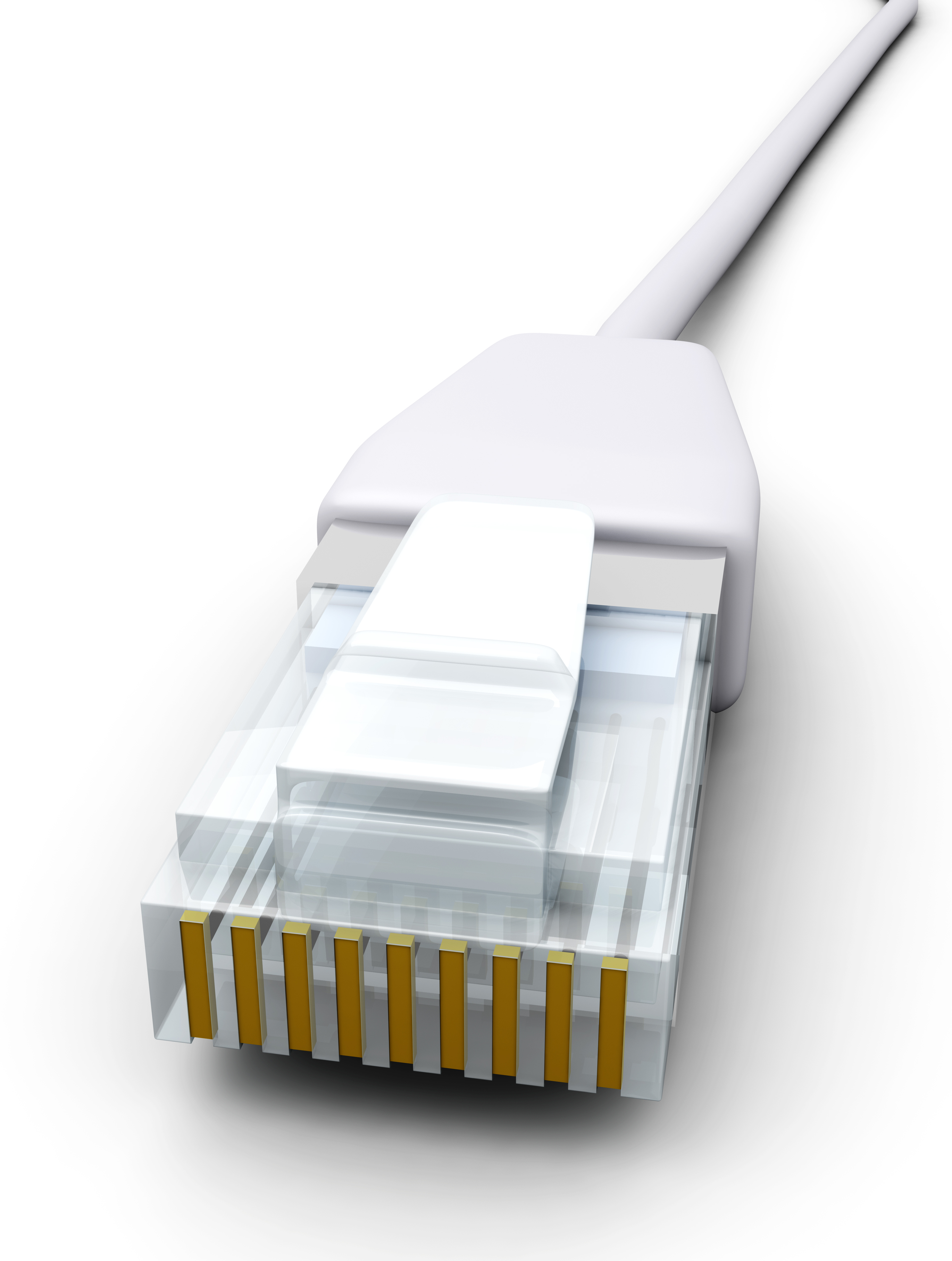 Now, let’s say you’re one of those people who always wants bleeding edge speed and doesn’t care about the mess of wires. In this case as well there are a couple factors to consider:

1. Is the device that you’re connecting the wire to compatible with that kind of speed?

2. Is the wire you’re using compatible with that kind of speed?

Let’s say your device is supported and can handle speeds of 1 Gbps, but you’re still not reaching that target. In this case, you need to check whether the wire you’re using is compatible with that kind of speed or not? What wire are we talking about exactly? Well, there are a few varieties. Here’s a list of some of the most common, and the speeds they support.

Cat 5: This cable support speeds up to 100 Mbps

Cat 6A: Supports speeds up to 10 Gbps with a distance of 100 metres

So which wire should you use – and when? Well, it really depends on the situation. I recommend using the Cat 5e as its cheaper and supports speeds up to 1Gbps – which is more than enough for most of the homes in Qatar. But if you have some sort of storage server, then you should definitely consider using the latest Cat 6A. Not only does it support speeds over 1 Gbps, but it can be used for distances of up to 100 metres – so you can build that perfect network-attached storage solution.

If you’re thinking ‘I use Cat 5e and still can’t seem to get 1 Gbps speed – what should I do?’, there’s one other factor involved – and that’s your router. You need to check and make sure that your router support speeds of 1 Gbps over an Ethernet port. There are many cheap routers available these days which support speeds of up to 1 Gbps – so upgrading shouldn’t be a problem.

And finally, if you’re thinking ‘I don’t have any of those problems and I still can’t seem to get the speed I’m paying for’, then now, my friend, is the time to call your ISP – in this case Ooredoo Qatar.

ILQ puts our speed to the test

So, we went ahead and got a 1 Gbps connection from Ooredoo and started testing out our internet to see what results we would get, and where the problem is. 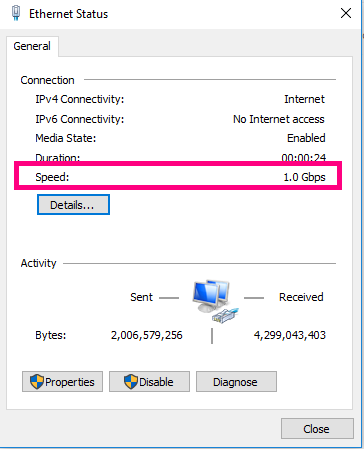 Now, let’s run a speed-test and find out where we stand:

As you can see in the image above, it’s nowhere near 1 Gbps.

We decided to run some tests on our wireless as well. (Spoiler alert: it’s worse.) 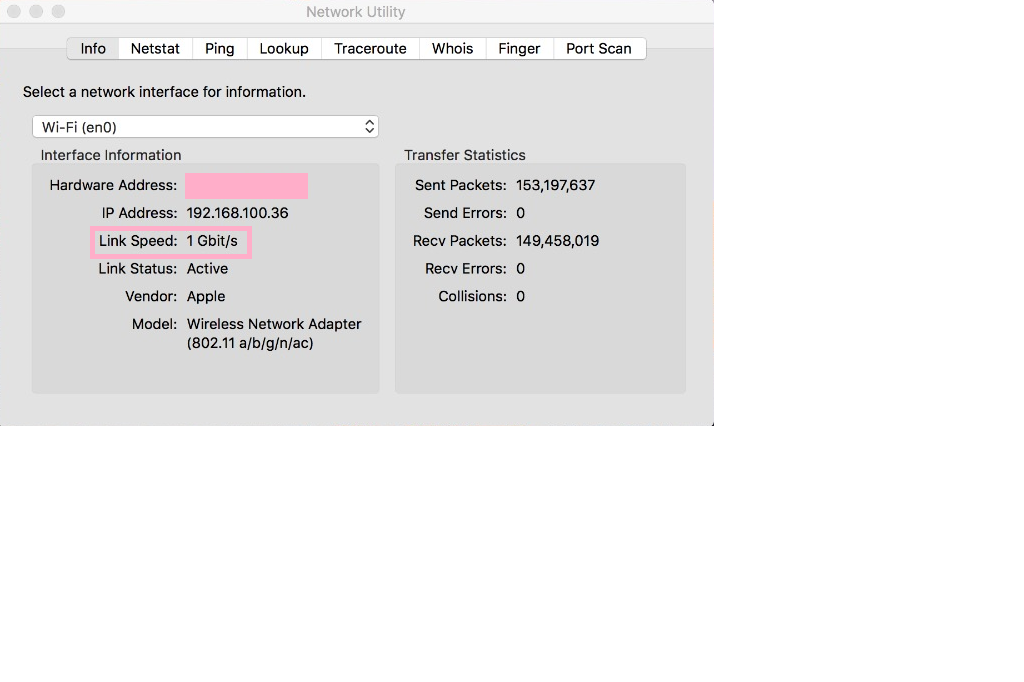 We used a maxed out MacBook Pro 2016 and D-Link AC 3200 wireless router to test the Internet speed on WiFi. As you can see in the image above, our local WiFi speeds are 1 Gbps (1 Gbit/s)

Also, based on this image above, our internet speed over WiFi is much worse considering there’s no bottleneck from our side.

We thought we’d give it one more test again on a 1 Gbps connection in the West Bay area using all Ooredoo equipment this time…and the results were more or less the same. 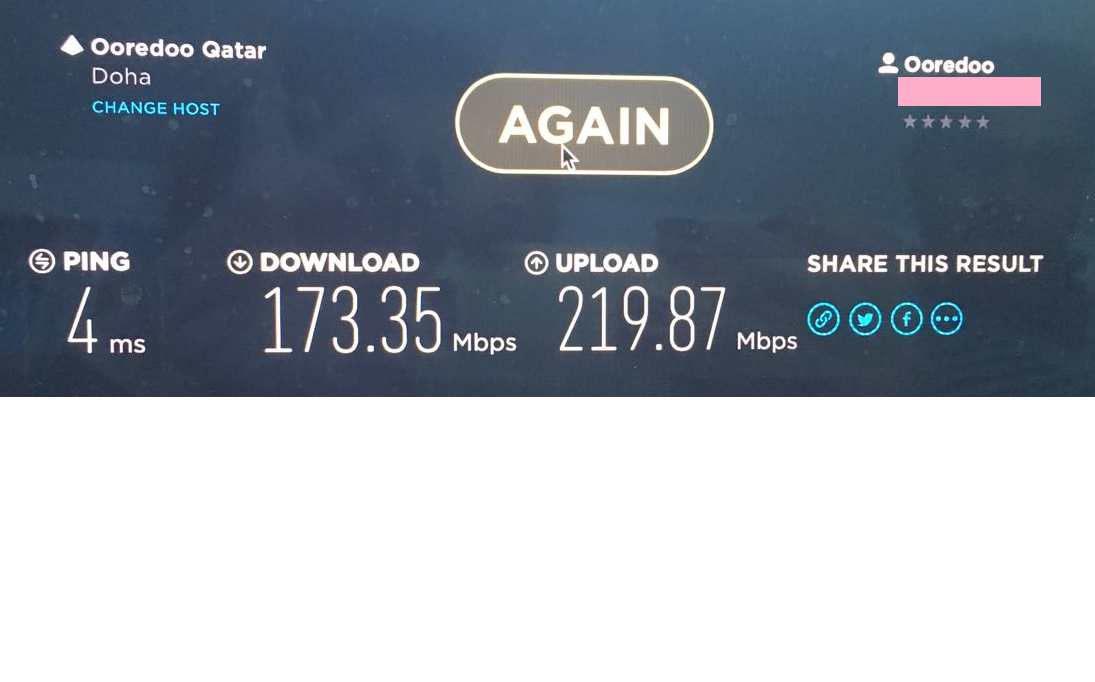 As you can see from the image above we still weren’t able to get the advertised speeds.

As mentioned earlier, everything we used was from Ooredoo and, as we can draw a conclusion from these images, the router provided by Ooredoo is actually weaker than the one we used before in our speed test. Its limited to 250 Mbps only on WiFi. 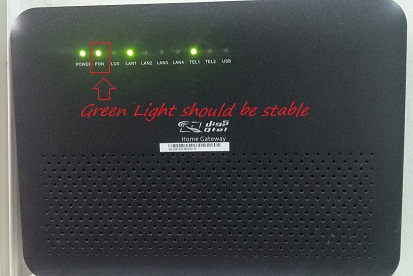 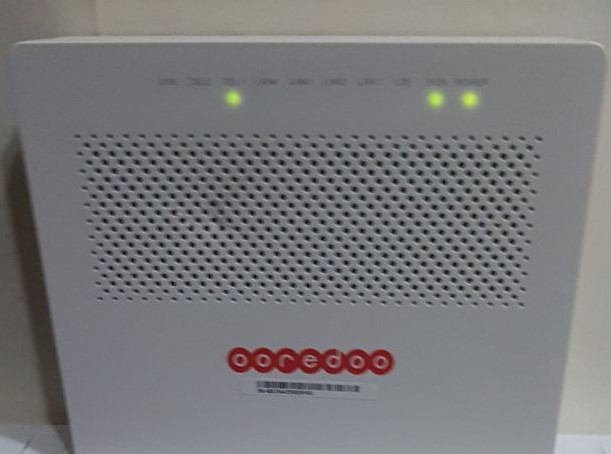 Okay, let’s talk about why we don’t get the same speed as wired connections.

WiFi. was invented to give us easier access to the Internet so that devices like smart-phones, smart TVs etc. can use it, and it’s much easier to access in comparison to a wired connection. This is because you don’t have to think about where to hide the wire, or how to wire it properly through the wall etc. So, if you want full speed, you should always go with a wired connection, or else, wireless is the way to go – for example, if you just want to read some articles (like the one you’re reading now on ILQ) or watch some videos on YouTube (Like #QTips).

So how come wireless or WiFi isn’t able to reach the same speeds as wired connections?

The poblem with WiFi is that it works in the air, and shares the wireless spectrum with other bands and frequencies – and there are so many different frequencies around us like microwave radios etc. And because they all interfere with each other, we’re not able to get same speed as wired connections. But now, if you’re wondering ‘The router we’re using says it supports speeds up to 3.2 Gbps, why are we nowhere close to that?’, here’s a reality check.

What it says on those labels represents what they were able to achieve in their labs in an environment that doesn’t apply to real-world conditions. In reality, in most cases we won’t even reach half of that speed. For example, in our wireless speed-tests, we weren’t able to reach even 200 Mbps, whereas our wired connection reached more than 800 Mbps.

These speed-tests were run multiple times to be sure there were no errors from our side, and that as many variables are reduced as much possible. But, sadly, it looks like our ISP (in this case Ooredoo) isn’t giving us the advertised speed which we’re paying for – or informing us about the actual speed that we’ll be able to get in reality.

We would like to call out ictQatar to force ISPs to disclose this information to customers about the real, actual internet speeds in Qatar on wired and wireless connections – as most customers are not informed.

We hope this article has given you a helping hand in solving your internet woes – along with a bit of insight into some of the standards involved in getting up to speed. (No pun intended!) Like, share, and leave us a comment down below and let us know what kinds of internet-related problems you’ve faced in Qatar?