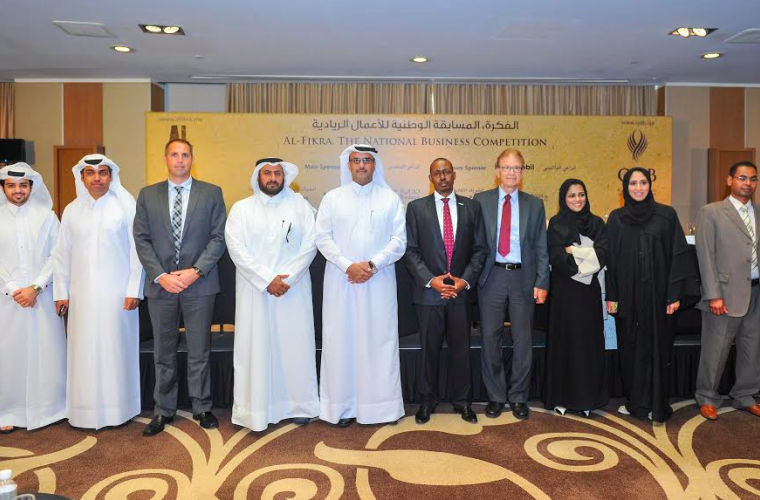 Sasol, the international integrated energy and chemical company, announced its support, as main sponsor, for the 2015 edition of Al Fikra National Business Competition. Organised by Qatar Development Bank and its partners, Al Fikra, now in its fourth year, is intended to be a catalyst for entrepreneurship in Qatar. Launching later this month, winners of the competition will be announced at the end of November 2015.

Phinda Vilakazi, President of Sasol Qatar said, “Sasol is pleased to be the official sponsor of the 2015 edition of the Al Fikra National Business Competition. Al Fikra presents a great opportunity for the young generation to showcase their talents and innovative business ideas. Doha is rapidly becoming recognized as an international business and entrepreneurship hub. Moreover, Sasol understands the importance of the establishment of small and medium enterprises in support of the National Vision 2030. We have long supported and believed in this innovative platform and we look forward to seeing this year’s entries.”

Sasol has previously supported the 2013 and 2014 editions of the Al Fikra competition as Technology Sponsor and as Platinum Sponsor, respectively.

The Al Fikra competition aims at nurturing Qatari entrepreneurs’ talents through mentoring their innovative businesses, which will contribute to the economic diversification. The competition runs between September and November 2015 in two phases: first phase is the selection of business ideas and plans and then the selected entrepreneurs go through a final phase of assessment. Entries are judged on several parameters including strength of the business idea and financial viability. Shortlisted teams will be chosen from among the pool of submissions and invited to present their business ideas to a panel of judges.

Based on the final presentation score, the winning teams will be awarded subsidized coupons, cash prizes and offered incubation services under the guidance of the Business Support Services department at QDB and Qatar Business Incubation Center.