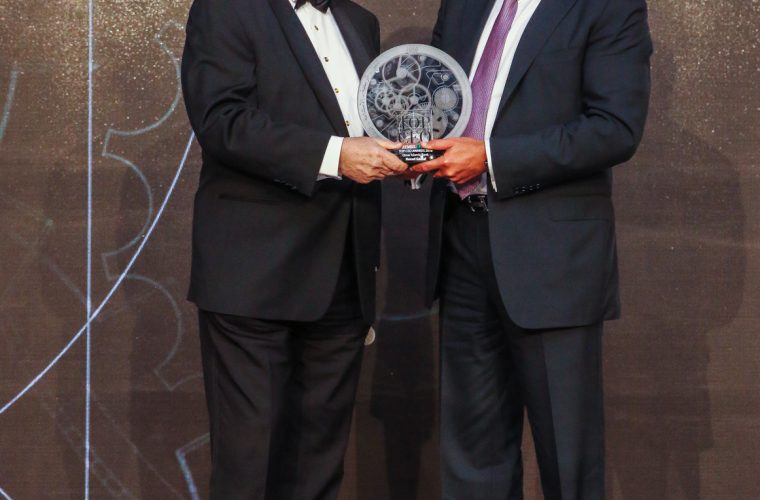 Mr. Bassel Gamal, Group CEO of Qatar Islamic Bank (QIB), was recognized as the first of 100 best-performing CEOs of listed companies in the GCC states at the Mediaquest 2016 Top CEO Awards. The awards ceremony was held under the patronage of the Dubai Economic Council, and organized by the business magazine TRENDS and INSEAD Business School. The event honors CEOs whose leadership has driven the performance of their companies and contributed to economic growth in the GCC.

As the definitive platform for the recognition of exceptional business leadership in the GCC, the event honored top industry leaders from companies listed on GCC stock exchanges across different categories. The listed companies are sourced from the seven GCC stock exchanges, data for each company is collected and parameters include revenues, market capitalization and its evolution in the past 24 months. Besides financial data, corporate governance is also an integral part of the evaluation process with the involvement of Hawkamah in the ranking process. Trends has partnered with INSEAD Business School to perfect the formula to evaluate the performance of CEOs and their companies. The formula and the rankings are then audited by Deloitte before the awards are announced.

His Excellency Sheikh Jassim bin Hamad bin Jassim bin Jaber Al Thani, Chairman of QIB, congratulated, on behalf of QIB board of directors and all the employees, Mr. Bassel Gamal for being recognized as the best CEO across GCC public listed companies.

Sheikh Jassim said: “QIB is proud of this achievement as this award reflects the outstanding performance of the Qatari banking sector in general and Qatar Islamic Bank in specific as we continue to grow and support the national efforts to diversify Qatar’s economy.”

“I’m honored to be recognized alongside such notable members of the region’s business community. Each one of them has helped to elevate the standards of business practice in the GCC and to cement the region’s reputation as a major center of business and commerce,” Mr. Gamal said.

“I owe this honor to the QIB family, to the tremendous support of QIB’s Board of Directors and the hard work and dedication of more than 1,000 colleagues who collectively have placed QIB among the leading financial institutions and helped it to achieve significant results in a remarkably short period. Together, we have proved that integrity and efficiency are the ingredients to true success. In addition, the strength and evolution of the Qatari Economy and strong performance has also contributed to the growth and success we have achieved at QIB.” Mr. Gamal concluded.

Launched in 2011, Top CEO is the only regional award based on the financial statements of publicly-listed companies, making it the most credible and transparent ranking of its kind in the Gulf Region.