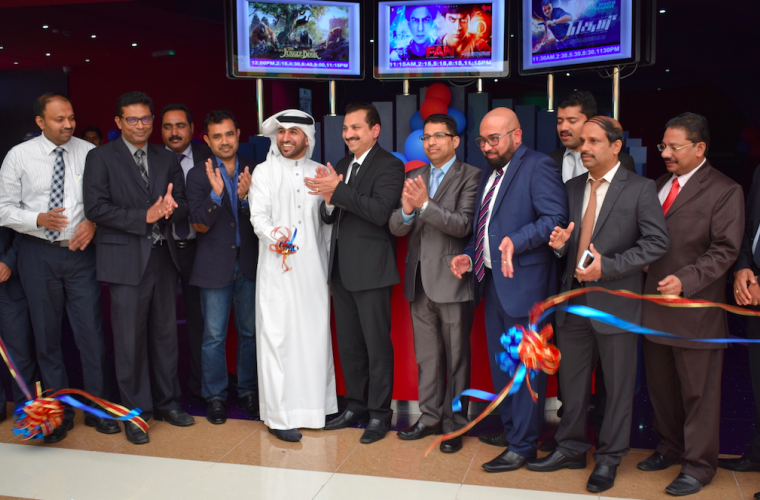 The fast growing city of Al Khor is set to get more exciting with the grand opening of a brand new CINECO 3, a flagship cinema of QBIC (Qatar Bahrain International Cinema) in Al Khor’s largest and only mall Al Khor Mall. Following its soft opening on 24th March with a worldwide premier of Batman Vs Superman the populace of Al Khor will never have to rush to Doha to catch a premier of their favorite movie.

QBIC’s Chief Operating Officer Mr. Khalil Amin stated “Qatar is an important market for us. This Grand Launch is part of QBIC’s strategy of expanding its presence across the Country. With Al Khor Mall Cinema, QBIC is the largest Cinema Company in Qatar with 30 Screens at 3 different locations in Qatar. We will continue our expansion strategy in Qatar and will announce the opening of an additional 13 Screens very soon”

All the cinemas of CINECO 3 are equipped with silver screen for 2D and 3D movies with the latest technology of 4K digital projection systems.

With this new addition of CINCEO 3 Al Khor Mall has indeed reached its pinnacle in offering entertainment and a happy time for an entire family together with more than 100 existing tenants and a Large Food Court catering to the requirements of every visitor.

Commenting on this Mr. Mohamed Althaf, Director of Lulu Group International, said “Al Khor Mall has served over 25 million shoppers and visitors since its opening three and a half years ago, and with the Multiplex opening the visitors flow is going to further improve. Considering such high loyalty and patronage from the customers and majority of the families, the mall has also added new retail concepts to enhance the shopping atmosphere” Adding further Mr. Mohamed, stated “The mall has all the key elements required to make it a Destination Center, ranging from, Fashion outlets, F&B, Family Entertainment Center, Various Services, with ample parking and ease of access being great advantages among others”

Al Khor Mall takes shopping in Al Khor to a whole new level and also fast becoming a center of convenience to the residents of Al Khor City as well as the Visitors from Doha and other neighboring cities.