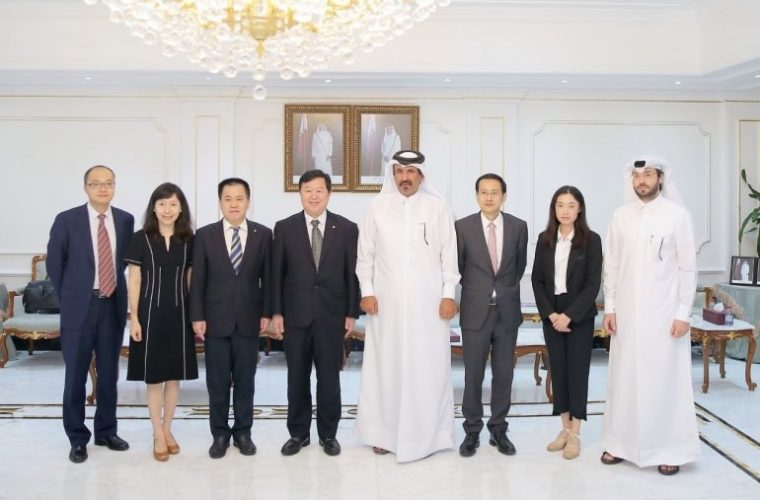 Qatar Chamber (QC) held a meeting with a Chinese trade delegation that was chaired by Director-General of the Chinese Foreign Trade Center (CFTC) Li JinQi.

The meeting focused on enhancing bilateral cooperation between Qatar Chamber and the Chinese Foreign Trade Center to bolster trade volume. They also discussed preparations for the Canton fair, which is organized by the CFTC in Guangzhou.

For his part, First Vice-Chairman Mohamed bin Ahmed bin Towar Al Kuwari said that China is an important trade partner for the private sector in the State of Qatar. He said that trade volume reached close to QR50 billion, adding that Qatari companies always look forward to establish deals and alliances with Chinese companies. He also said that the Canton Fair is an event that Qatari businessmen find very interesting, and stressed that the chamber is committed to enhancing bilateral trade relations.

For his part, Li JinQi expressed hope that Qatari companies will participate in the fair, which is one of the biggest trade events in terms of the number of products and sellers who participate. He also said that the center plays an important role in enhancing trade ties between China and the rest of the world.