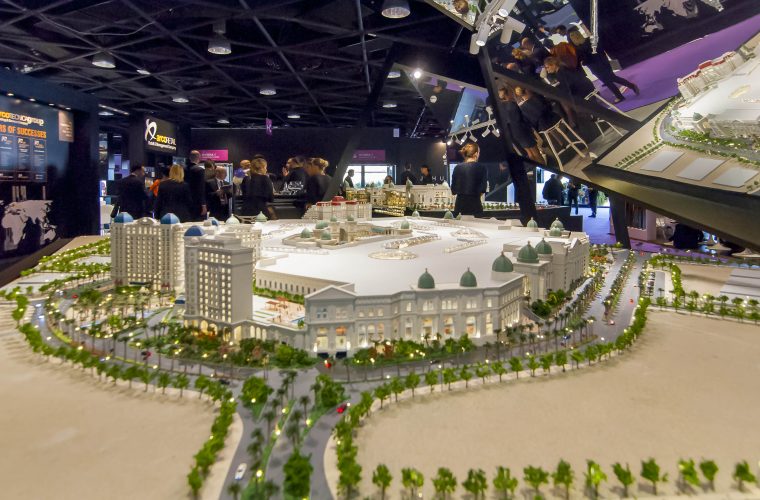 United Developers introduced its USD 1.25 billion mixed-used development, PlaceVendôme, for the first time in Europe during an exclusive roadshow that carried the project models from Doha to Paris and Milan before joining the international retail property industry at MAPIC in Cannes.

Currently underway in the world’s emerging luxury market, Qatar, Place Vendôme spans over 800,000m² and will host two five-star luxury hotels, serviced apartments, a mall featuring up to 400 different retail outlets and a central entertainment amphitheater. The mall will also feature a luxury precinct that will host leading international luxury brands. The project, which broke ground on 17th of March 2014, is slated for opening in the third quarter of 2017.

United Developers’ Europe based activities concluded with a successful participation in MAPIC from the 19th to the 21st of November. Regarded as the largest retail property real estate fair, MAPIC brings together every year more than 8,300 international retailers, property developers and media representatives, for 3 days of exhibition, conferences and networking events.

Commenting on Place Vendôme’s success in Paris, Milan and Cannes, Mr. Sean Kelly, Project Director said: “We are delighted with the positive response and the interest received from the leading retail brands and our industry peers. We have already scheduled many site visits for retailers that will be joining us in Qatar to view the progress and the settings of the development.”

“Place Vendôme was envisioned by its owners as a premier lifestyle and leisure destination that will define a new generation of shopping. We believe that the project will have great prominence in the Middle East region. The Qatar retail market offers ample opportunities to retailers as it continues to rank as the 2nd shopping destination in the Middle East and the 7th out of 40 “important retail markets” worldwide. Place Vendôme presents the ideal opportunity for retailers to tap into and expand within the Qatar market in a unique setting.” added Mr. Kelly.

As the official sponsor and partner of MAPIC’s 20th anniversary closing ceremony, Place Vendôme hosted a number of VIPs from the fashion industry in its private lounge and presented renowned French house artists and music producers DJ Kavinsky and DJ Cut Killer.

Depicting ‘Luxury, Leisure and Lifestyle’ the project’s architectural language draws inspiration from Europe’s most romantic city, Paris. It reminisces the famous high-end shopping street, Rue de la Paix, of which Place Vendôme is the starting point. Place Vendôme will also feature a canal running through it directly from the sea, making for a beautiful open plaza experience with cafes and restaurants overlooking the water.

Located in Lusail City, Qatar’s emerging master development and home to the host stadium of the opening and closing of the 2022 FIFA World Cup™, Place Vendômeaims to become the new center of attraction for regional and international residents and visitors seeking a combination of varied entertainment and retail choices in oneplace.