Mondrian Doha, the hotel managed by the global lifestyle hospitality company sbe, is honored to announce that the Our Time is Now brand feature film has won Best Film from the Middle East and Africa region for the prestigious 2018 Berlin Fashion Film Awards beating out a prestigious caliber of international films from brands such as Prada, Tom Ford and Gucci.

Says Mikel Ibrahim, Director of Sales and Marketing at Mondrian Doha, “We are elated at the news of Our Time is Now winning Best Film at the Berlin Fashion Film Awards. This is not only a win for us as a hotel, but for Doha as a creative hub for innovation, art and design. We are proud of our creative film partners, The Film House, who worked tirelessly to capture the spirit of sbe, Marcel Wanders’ design and the essence of Mondrian Doha in this film.”

“Mondrian Doha is about setting new trends, raising the bar in design, service as well as experiences, and we believe we were able to deliver this to Qatar with this film, truly encapsulating the inspirational vision of this unique property” continues Mikel.

The video, which captures the epitome of sbe’s dna of creating extraordinary experiences throughout its proprietary brands with a commitment to authenticity, sophistication, mastery and innovation, pays homage to this lifestyle brand by capturing Mondrian Doha which has become synonymous throughout the world for its embodiment of high fashion, design, architecture and art.

The Our Time is Now film is a tribute to the design of internationally acclaimed Dutch designer Marcel Wanders’ masterpiece, Mondrian Doha, inspired by the iconic Middle Eastern folk tale, One Thousand and One Arabian Nights, from the beauty of local patterns, ornate Arabic writing and historic souks. This visual masterpiece was the backdrop to the conceptualization of Our Time is Now film, capturing the essence of what sbe represents.

Explaining the concept behind this dream sequence video, The Film House, Justin Kramer, Chief Operating Officer says the film was born from the inspiration of the interior of the hotel, influenced by each space which are beyond anyone’s expectations. The film compositions were drawn to compliment and or juxtapose the space. The hotel has 1001 Arabian Nights influences, Alice in Wonderland, and surrealist elements that really helped The Film House go to places that weren’t ever explored before. “We wanted this film to blow people away. Leave them asking “How?!” “Was that for real?!” and of course “When does this place open?!” he says.

Justin adds, “Working with the Mondrian team was a dream experience thanks to their creativity and progressiveness. We were always on the same page throughout the preproduction, which made for a dream of a production. They were willing to take risks and that led to the amazing compositions that you see in the final film. Mondrian as a brand is about being daring and memorable. It’s experiential. And that’s what we wanted to have in every frame.”

“This prestigious award symbolizes the ever-change creative scene of Doha and captures the spirit of expanding creativity from Qatar.” continues Justin. “This award is very exciting for us. The Berlin Fashion Film Festival is very prestigious and filled with incredible films and filmmakers. We were in great company on the winners block with campaigns from Gucci, Prada, Diesel, Tom Ford and music videos for Kendrick Lamar. Being awarded alongside that caliber of international film is a real honor. The traditional way of developing films and adverts is changing greatly in Doha. Just like the title of this film… Our time is now.”

The Berlin Fashion Film Awards (BFFF) was founded in 2012, to highlight the most creative work produced for fashion, beauty and lifestyle brands. Since its first edition BFFF showcases the best films for multinational brands side by side the most exciting content produced by upcoming directors. Entrants to this year’s competition include Salvatore FERRAGAMO, Tom Ford and Burberry. The BFFF curates a selection films and provides a focused view of the most exciting works and artists in the seemingly endless amount of content on the internet. The multipart events format creates personal contacts between directors, production companies, agencies and brands and thus opportunities for cooperation. After five successful editions, the festival is a benchmark in the fashion film scene worldwide. 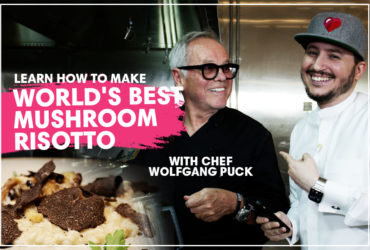 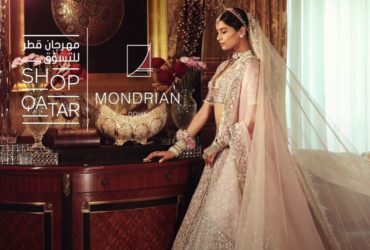 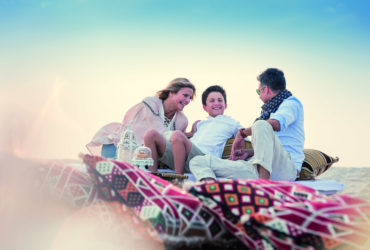