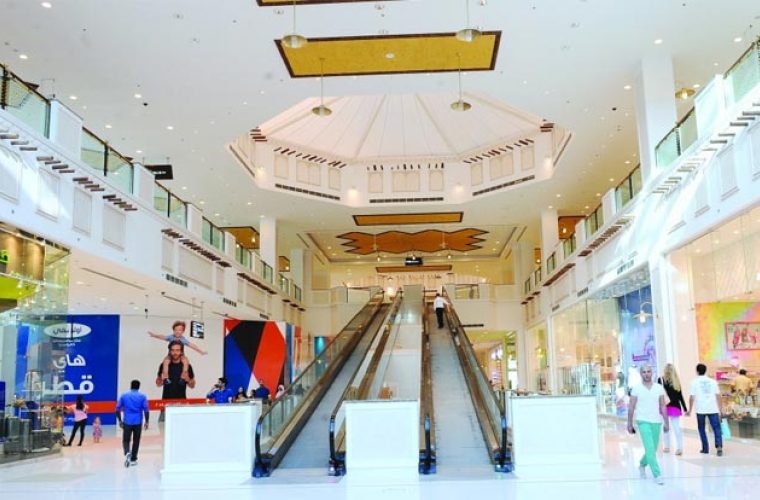 The soft opening of Gulf Mall, Qatar's newest shopping destination, has started attracting many visitors and customers.
“We were not expecting any customers or visitors when we initially opened our first store in Qatar last March 24,” a staff of UK-based clothing and homeware retailer Matalan told Gulf Times on Friday.
“Since both Matalan and Gulf Mall belong to the same owner, we were the first store to open," explained the staffer while pointing out that people started visiting the shopping destination shortly after advertisements from Azadea Holdings appeared in the media.
On Friday, as many as 15 brands under the Landmark Group opened their doors to the public, with another four to five brands ready to serve customers from Sunday, a company staff said.
In its Facebook account, Gulf Mall posted that more than 200 “famous shops and brands” will be available to a wide range of customers, including 13 cinemas that are set to open “soon.”
A staff working in a store under Azadea said the company initially opened seven brands, with seven more stores expected to open once the mall is fully operational. She said among the highly-anticipated brands of the company includes San Francisco-based clothing line Old Navy.
“This would be the first time for Old Navy to open shop in Qatar and many people have been anticipating its arrival here because of its popularity, quality of the merchandise, and practical price range,” she said.
A concessionaire staff said Gulf Mall management is yet to convey any information on a formal opening date. “But with the simultaneous opening of many brands, patrons of these stores could surely expect more of them to open this month alone.”
One of the visitors observed the brands offered at Gulf Mall are “world-class,” adding that the pricing of the products, which are mostly clothing merchandise, “are very affordable.”
She also said while two major malls and a popular hypermarket are just a stone’s throw away from Gulf Mall, “the sizeable amount of visitors and customers now is merely a preview of what is to be expected once the mall formally opens its doors to the public.”
Aside from clothing stores and other retail shops, Al Meera has also opened a store at Gulf Mall. Located at Gharrafa, between Lulu Hypermarket and Ezdan Mall, and parallel to Al Shamal Expressway, Gulf Mall is open from 9 am to 10pm from Saturday to Wednesday and 9am to 11pm on Thursday and Friday.