First phase of Doha Metro to be completed by 2019 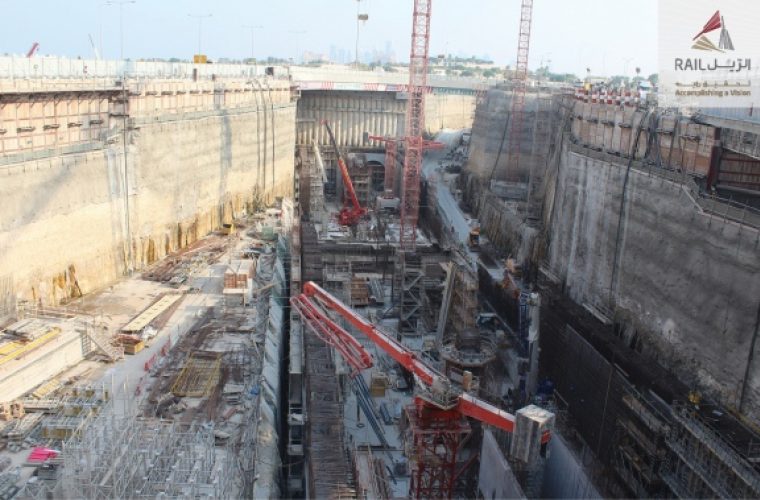 “Fans attending 2022 FIFA World Cup matches will have the option to travel to stadiums on the ultra-modern Doha Metro and Lusail Tram, which are set to provide efficient and comfortable journey as Qatar continues to make significant progress towards completion of the first phase in late 2019” said a statement yesterday.

“Fans’ mobility will be significantly aided by the seamless transportation experience which Qatar Rail will offer, with 600,000 passenger trips expected per day by 2021,” it added. By then, 37 Metro stations will be completed and there will be an average journey time of just three minutes between adjacent stations.

Qatar Rail has now completed nearly 60 percent of the 113km of tunnelling, using 21 tunnel boring machines (TBM). In total, over 27,000 people are working on the construction of the Metro.

The metro network will be built over two phases and will include four lines. Phase one covers 80km across Doha of which 63km is underground. The Lusail tram network adds a further 38km and an additional 37 stations. Completion of the Lusail network is scheduled for 2020.

The first phase will see the Red, Gold, and Green Lines opening in 2019, with 37 stations and 75km of revenue lines. The Red Line will offer a very convenient and reliable alternative to driving within the heart of Doha city. A trip from the airport to Lusail, where the venue for the 2022 FIFA World Cup opening and final matches will be located, would take 36 minutes.

The Green Line will take fans to two proposed host venues as it runs east from Al Mansoura to Al Riffa in the west. As it passes through Education City, it will stop at Qatar Foundation Stadium, the proposed host venue through to the quarter-finals of the 2022 FIFA World Cup. There are 11 stations along the line, including a stop at Al Rayyan, the proposed venue for the 2022 FIFA World Cup and future home of the historic Al Rayyan Football Club. Both these stadiums are currently under construction alongside four others. Also to be completed before 2019, the Gold Line will take football fans from Msheireb, the main interchange station and a gathering point for spectators near Souq Waqif, to the Sports City in the Aspire Zone housing the historic Khalifa International Stadium, a proposed quarter-final venue which will be completed by the end of 2016.