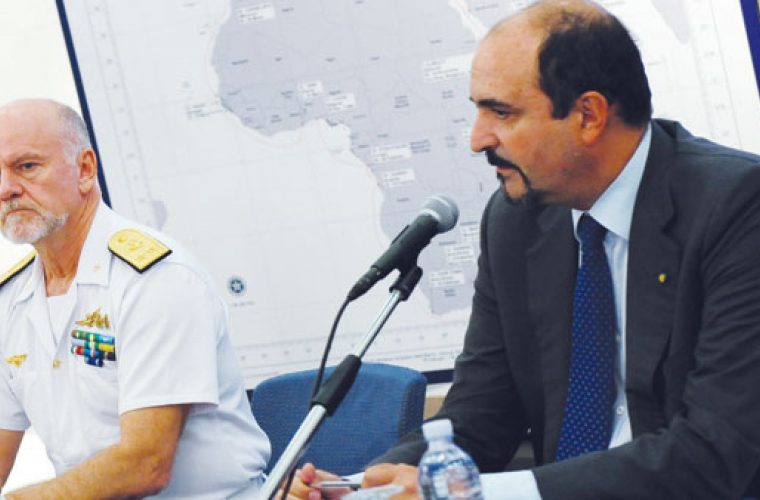 Italy’s exports to Qatar could reach about 1.2bn euro this year, a 16% increase compared to last year, ambassador Guido De Sanctis has said. “If you compare it with the population of Qatar, it is a very high rate of import from Italy,” he observed, adding that the ratio between their export to Qatar and the population is one of the highest in the world. Speaking to Gulf Times on the sidelines of a press conference held aboard the Italian Naval vessel Cavour, which visited Qatar recently, the envoy expressed optimism that exports will grow given the many opportunities in the Qatari market. On a humanitarian assistance to Africa, part of Cavour’s naval mission was to promote some of Italy’s top products which include fighter jets, helicopters, furniture, consumer goods, electronics and others. De Sanctis disclosed that Italy is a big producer of machinery which comprised 30% of the total exports to Qatar. A big portion is different types of helicopters for the military and civilian companies in the country. “They are happy with our helicopters because we have permanent team of people for the maintenance,” he added. The Cavour also showcased some of the Italian military products and equipment in an exhibit inside the ship. The ambassador described the Qatari market as the most dynamic in the Gulf due due to the variety of projects that were realised. Cavour is expected to visit 18 countries including seven in Africa. It is set to hold 200 surgeries on board through “Operation Smile” with the help of volunteer nurses from the Italian Red Cross and Red Crescent. The mission, which comprised about 700 personnel, will also take part in helping to fight piracy to protect sea lines of communication leading to the Suez Canal, to keep the Mediterranean trade thriving. The 30th Naval Group headed by Rear Admiral Paolo Treu, which left Italy on November 13, is expected to return home in April. http://www.gulf-times.com/qatar/178/details/375248/envoy-sees-16%25-rise-in-italian-exports-to-qatar