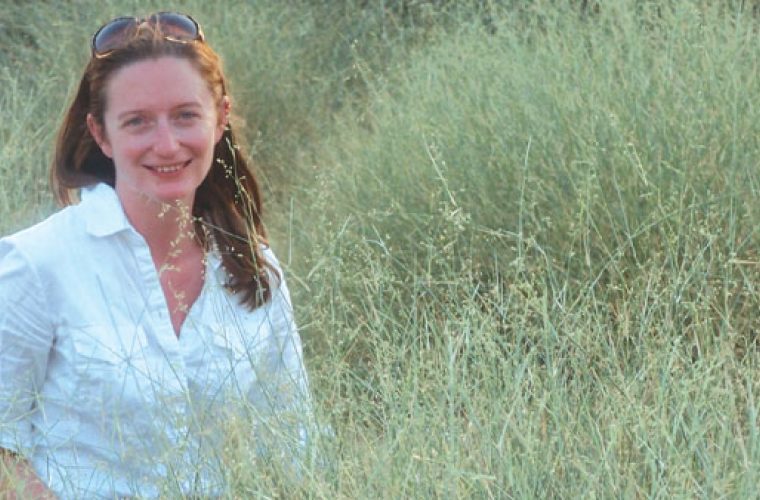 Opening up exciting new possibilities for Qatar, an algae strain discovered in the Sahara Forest Project (SFP) pilot facility is believed to be a new candidate for bio-fuel research and production, Gulf Times has learnt.
The algae strain, with very high natural tolerances to heat and salinity, is now being analysed at Duke University by Prof Zackary Johnson as part of a US Department of Energy collaboration to develop algae production for bio-fuels and animal feeds.
“The careful research that will give us a full understanding of the strain and its potential is just beginning, and we look forward to learning more,” said Virginia L Corless, science and development manager, SFP.
If the analysis shows that the algae are fast growers suitable for bio-fuel production, the strain could open new regions of the world to large-scale algae cultivation. The early results are promising.
The SFP, based in Qatar, is an innovative environmental solution to create re-vegetation and green jobs through profitable production of food, water, clean electricity and biomass in desert areas. The SFP pilot facility is a partnership between Yara International ASA, Qatar Fertiliser Company and the SFP.
Marine microalgae, which grow prolifically in oceans and seas, are considered a promising candidate for next generation bio-fuels that can replace fossil fuels for all forms of transportation, without competing with global food production.
This is highly relevant considering widespread concerns across the world that increased use of bio-fuels made from crops which could be used for food, is driving food prices higher and giving rise to increasingly emissions-intensive agricultural practices.
Algae cultivation is a part of the SFP’s saltwater infrastructure, and three specially built ponds are being used at the pilot facility to cultivate species already identified as having potential for commercialisation.
The discovery of the algae strain came as a surprise to the scientists given the extreme summer conditions in Qatar. The high temperatures heat the seawater to levels most algae find hard to live in, while the arid environment drives rapid evaporation from pond surfaces, doubling the salinity in less than a week. Precisely for this reason, most species identified as good candidates for bio-fuel in other regions of the world will not survive in Qatar.
At the SFP pilot facility, the green algae were found growing spontaneously in the high salinity evaporation ponds that dry concentrated seawater into salt and not even in the purpose-built ponds.
The conditions in the evaporation ponds were harsh, with salinities more than 2.5 times that of seawater and high summer temperatures elevated by the black-bottomed design. The fact that the algae strain thrived in the extreme conditions indicates it has very high natural tolerances to heat and salinity.
These tolerances, in turn, mean that the algae could be cultivated outdoors in Qatar and many other countries where sunlight and seawater are abundant but climate conditions are too harsh for commonly grown algae species.
Algal species with very high heat, salt and light tolerances are relatively rare, and any new one creates an exciting opportunity. The algae strain, discovered at the SFP pilot facility in Qatar appears to be from a family known to be a good candidate for bio-fuel and fish feed production.
If the ongoing research confirms the suitability of this special strain, additional lab work will identify optimal cultivation conditions and practices, and outdoor trials in raceway ponds conducted to characterise the algae’s performance in large-scale production. If the algae continue to perform well in these trials, it will be cultivated at future SFP operations.