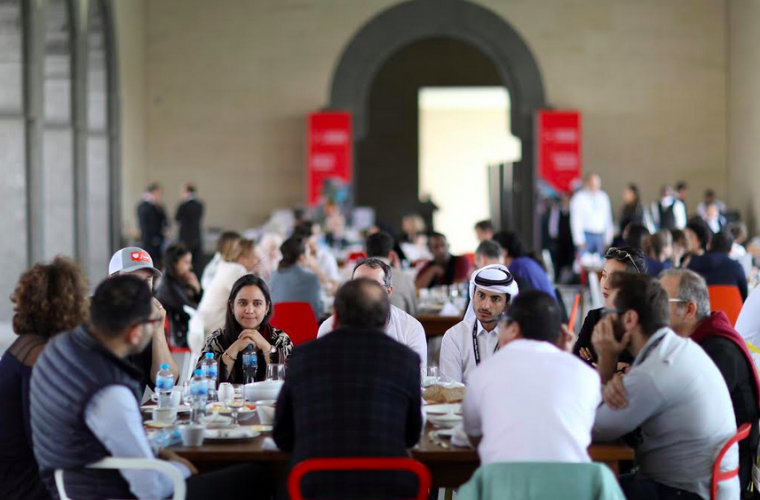 The Doha Film Institute has opened submissions for the region’s first-ever week-long Series Lab in January 2018 for directors, writers and producers working in serialised content in Qatar and other MENA countries. Organised in partnership with Independent Filmmaker Project (IFP), the oldest and largest non-profit in the US dedicated to storytelling in all forms, the Series Lab will help build the skills of talents working on scripted and non-fiction series projects.

Talents associated with serialized content projects for distribution on any platform including television, digital media or App-based work, can apply for the Series Lab to be led by an international team of experts. The collaborative week-long Lab in Doha will provide participants with the knowledge, resources and mentor support necessary for developing strong series, with a focus on taking a project from script to screen.

Based on the IFP Screen Forward Labs, the Doha Film Institute Series Lab will focus on strengthening the skills of the participants in preparing pitches, developing their project, securing financing, understanding the global marketplace, creating winning marketing strategies, and finding unique avenues for distribution. Every participant is assured individualised attention, especially in developing pilots, scripting and sustaining their film careers for the long-term.

Fatma Al Remaihi, Chief Executive Officer of the Doha Film Institute, said: “Serial content is an increasingly important part of the audio-visual industry that is driving a revolutionary transformation in media consumption across the globe. The proliferation of digital content intake is bringing alternative content to the forefront, with seemingly endless possibilities for creators and consumers alike.

“The Series Lab, the first in the region to promote Qatari and Arab talent and skills in serialized content will add value to the region’s creative industry and support the importance of producing quality content from the MENA region. By supporting the brainstorming development and execution of strategies of new creators, projects will be introduced to a world that has shown the desire to discover independent and diverse voices in storytelling.”

A highlight of the DFI Series Lab is the participation of Julie Goldman and Christopher Clements, the producers of Humans of New York: The Series. Filmed over four years, and taken from 1200 interviews, it is a documentary series based on the photography blog by Brandon Stanton. The series provides worldwide audience glimpses into the lives of strangers on the streets of New York City. Participants will engage in a case study on the series, as well as that of Shankaboot, the worlds’ first Arabic web drama series.

With the Doha Film Institute and IFP staff to lead the workshops, the Series Lab will include insightful discussions on ‘Developing Your Series in the Digital and New Landscape,’ working on a pilot script, developing characters, story arc, episodes breakdown, tone and statements, and what to be aware of in the digital and TV landscape while developing a series project.

Through intensive training exercises, group tutorials, tailor-made one-on-one meetings and master classes, participants will gain deeper insight into various elements of film series development and producing and come to truly understand the process of development of a film series. A number of case studies will be presented throughout the sessions, enabling participants to address questions related to series Development, Funding, Audience Engagement & Marketing, Festivals & Distribution and Pitching.

A number of one-on-one meetings will be held with the experts to cover the stages of development of the project, overall goals and potential needs to be addressed. Insights on how a Writer’s Room works, and breakout sessions covering production strategy, finding partners, preparing marketing materials, launch strategy, and distribution model will be held. The Lab will conclude with a pitching forum that will boost the confidence of the participants.

Susan Lewis, Head of Development at Alicia Keys’ production company, is the mentor of the Series Lab. She will be joined by Ryan O’nan, TV Writer and Showrunner; and Bassem Breche, an Emmy-award winning scriptwriter.

To be held from January 29 to February 2, 2018, from 9.30 AM to 6 PM, the lab is designed for digital creatives, producers, writers, directors, or anyone interested in scripted serialised projects for TV and web series, or app-based platforms. Candidates must have a fiction or non-fiction project in development with a director/screenwriter/producer associated to the project. They should also have produced at least one short or feature-length narrative or documentary film in the past.

The DFI Series Lab will have only 8 to 10 projects to ensure individualised attention with a maximum of two attendees per project. The deadline for receiving applications is January 6, 2018 and the Lab Fee is QR 2,000. To apply, log on to: www.dohafilminstitute.com

The Independent Filmmaker Project (IFP) champions the future of storytelling by connecting artists with essential resources at all stages of development and distribution. IFP fosters a vibrant and sustainable independent storytelling community, and represents a growing network of 10,000 storytellers around the world. It plays a key role in developing 350 new feature and documentary works each year.