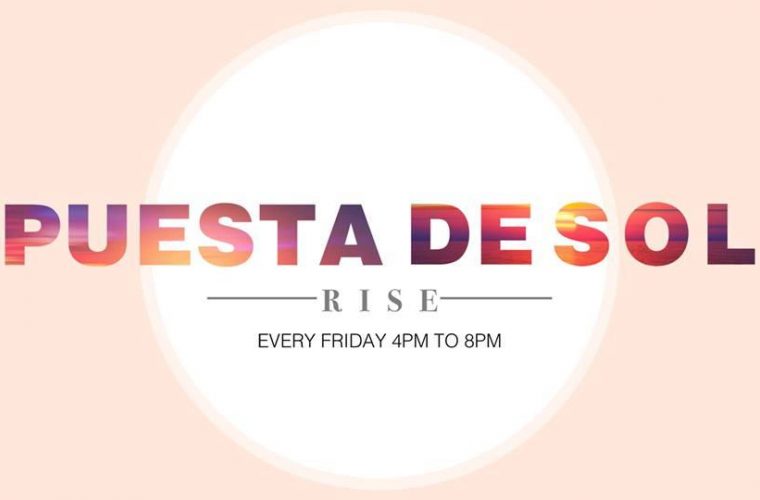 Playing Latin Hits during the Sunset !

Start your FRIDAY right and join us for amazing views & good vibes on this sunset party! You’ll have access to one of the hottest parties on the R I SE with stunning views of Sundown .

Live DJ sets every Friday From 4PM until 8PM with the latin dj Mike guevara , the official latin dj of GOLFO RADIO .

***Discount Drinks and special packages on beverages. Unlimited sips for Qr225 from 4-7PM.

As a Dj, Mike Guevara has been described in many ways, mainly as innovative, enthusiastic and cutting edges, but diversity is what made him distinctive.

Mike Guevara got the Latin grooves from his origin country, Venezuela, then he expanded his music culture when he moved to Panama where he swayed his style to EDM, Electronic, House & techno music.

Mike got his start when he was only 14 years old in Panama, his move to Panama made his first footsteps in the music world when he got the chance to meet some of the main leaders in the music industry. Sooner than expected Mike found himself on big stages along with Steve Aoki,Katy Perry and David Guetta. He was selected to perform at big festival such as The day after, Foam Wonderland and the Color Run.

Mike had his own radio show “The Beat “in Panama before he moved to Doha, he is currently the music producer /director of the first Latin radio in Qatar “Golfo”Radio.