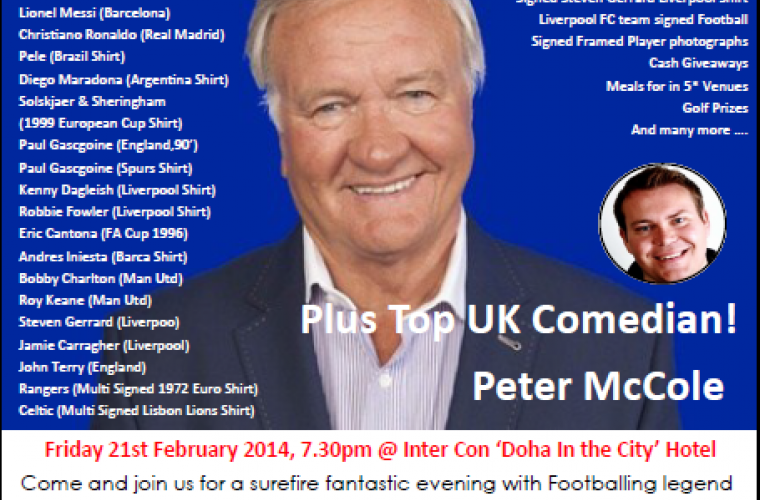 Come and join us for a sure-fire fantastic evening with the Footballing legend Ron ’Big Ron’ Atkinson. Big Ron is one of the best speakers around with crowds leaving his dinners with sore sides after his hilarious take on his life and in depth tales and stories about his life in football, including his time at Manchester United, Aston Villa, West Brom and Athletico Madrid plus his recent stay in the in the Celebrity Big Brother house. This is guaranteed to be a fantastic evening that all will enjoy.
Plus … Comedy from a top UK Comedian Peter McCole (www.petermccole.com)

Tickets are QAR 300 each which includes a gourmet dinner and comedian.

Book fast as seats are limited places for this event

There will be a signed authenticated shirt auction featuring: