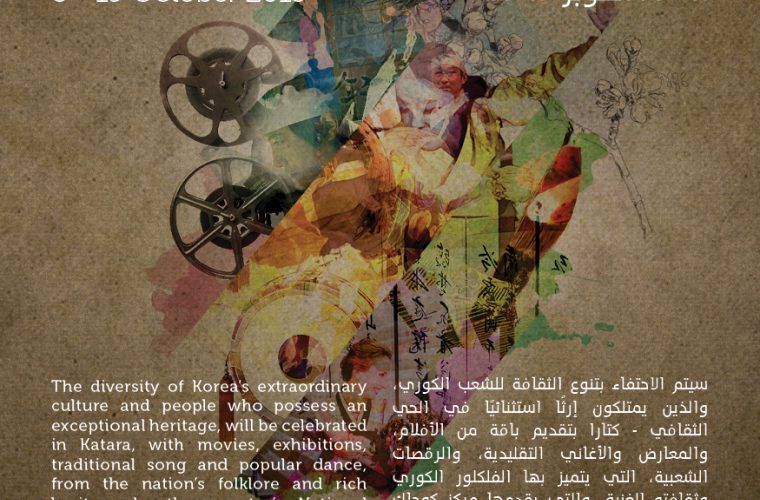 On the occasion of celebrating the Korean National Day, The Cultural Village Foundation- Katara along with the Korean Embassy in Qatar will put together a series of performances to showcase Korean culture to a broader audience here in Doha with the prime focus of exposing the people of Qatar to a different culture.
Katara aims to promote the central role of culture in human, social and economic development via Film, Art, Music and Dance reveling the customs and culture that are inherited from Korea. The films that will be aired promote different live styles, mind sets, values that result in a positive outlook towards Korea’s culture and the thought process of their people they want expressed as a country.

The Art Exhibitions will help portray vivid impressions of landscapes, architecture and typical scenes one would expect to see in Korea.
The Korean Traditional Music & Dance Team, the National Gugak Center will bring out the essence of the Korean culture on the whole. It is worthy to mention that the, the National Gugak Center (Formerly: National Center for Korean Traditional Performing Arts) is the governing body established to preserve and promote traditional Korean performing arts. Long ago in Korea, traditional arts were performed in the yards. The audience were separated into an area in the shape of an earthen wall, and the ceiling had a shield/kite
shaped emanating plate. The theatre gave the illusion of being in an ancient Korean household.