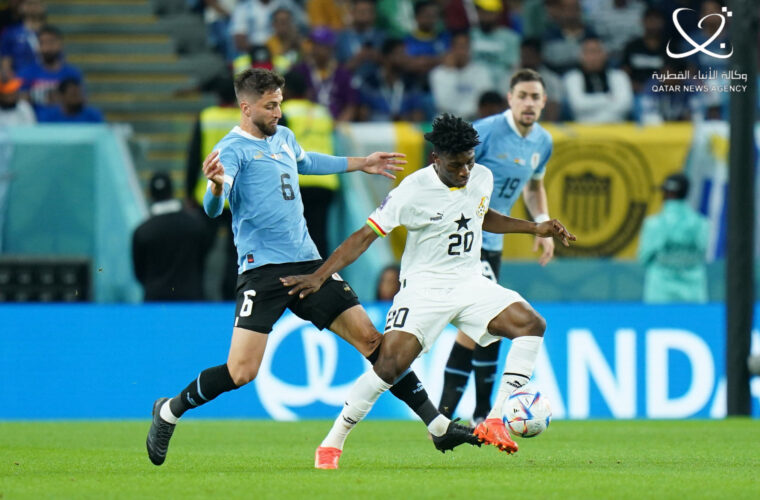 Uruguay vs Ghana's final group stage match was held at Al Janoub Stadium on 2 December 2022. Both teams did not qualify for the knockout stages.

Despite the win, Uruguay exit the World Cup with Ghana. @adidasfootball | #FIFAWorldCup

Giorgian de Arrascaeta from Uruguay scored the first goal for his team in the 26th minute and he again scored another goal in the 32nd minute. At half-time the score was 0-2, in favour of Uruguay and remained the same until full-time.