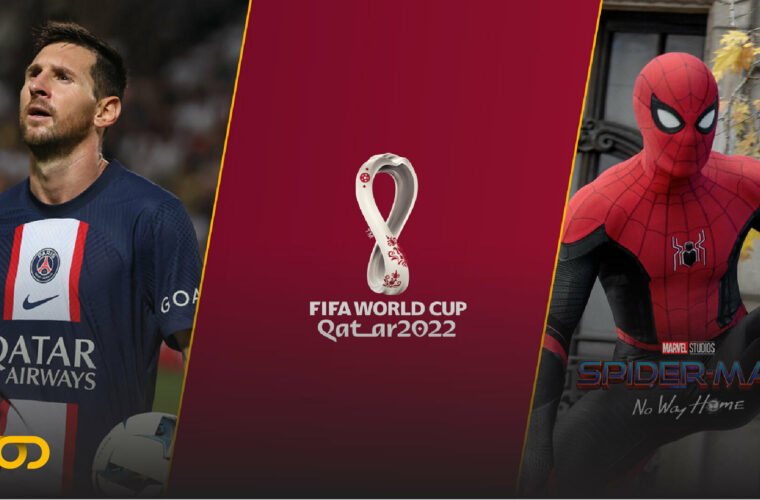 Ahead of the much-anticipated FIFA World Cup Qatar 2022TM, TOD - the official streaming platform for the tournament for MENA, announced exciting new plans for viewers across the region. TOD has come up with a limited-period monthly subscription plan titled "TOD Trophies" that extend its users' access to unrivalled sports and entertainment content offerings, along with the region's most anticipated tournament – the FIFA World Cup Qatar 2022TM.

This limited-time deal comes as an add-on to its all-inclusive plan for sports and entertainment offerings, where existing and new users can experience the World Cup fervour by opting for 'TOD Trophies'. Football lovers from the GCC can upgrade or avail of the subscription at a monthly fee of $40 (or QR 145.65), while the package is priced at $32 (or QR 116.52) for customers outside GCC.

In addition to FIFA World Cup matches, viewers will get access to top leagues such as the UEFA Champions League, Premier League, LaLiga, The Bundesliga, NBA and Grand Slam tennis competitions, as well as to the full bouquet of its entertainment offerings, including Turkish, Arabic, and Western movies and series.

For the ardent football fans, however, the platform has come up with 'TOD Tickets' – ensuring a 'World Cup only' viewing experience. With a one-time payment of $80 (or QR 291.30), sports buffs from the entire MENA region will get all-encompassing access to live on-field action from the tournament grounds.

Speaking on the exclusive viewership offerings, John Paul Mckerlie, VP – Marketing and Sales at TOD, said, "The permeation of technology is enhancing the entertainment quotient of sports. TOD's FIFA World Cup-specific offerings are a perfect match for the mobile-oriented, tech-savvy, and always-connected young population of the Middle East and North Africa. By launching plans specifically curated for FIFA World Cup fans, TOD wishes to become synonymous with the digital streaming of sports in the region. We are excited to bring premium, ad-free sports live streaming to every smartphone and smart TV screen in MENA, and we look forward to showcasing the outstanding FIFA World Cup games to our new and existing customers."

Since a football fan's interest extends beyond the 90 minutes of the game, both packs offer unique features to sports enthusiasts, like live stats and interactive timelines. TOD's content comes in HD quality with immersive audio, presenting vivid visuals coupled with rich, clear, and powerful sounds. With content in both Arabic and English, the platform supports popular smartphones and big screens, enabling one to enjoy content anywhere, anytime.