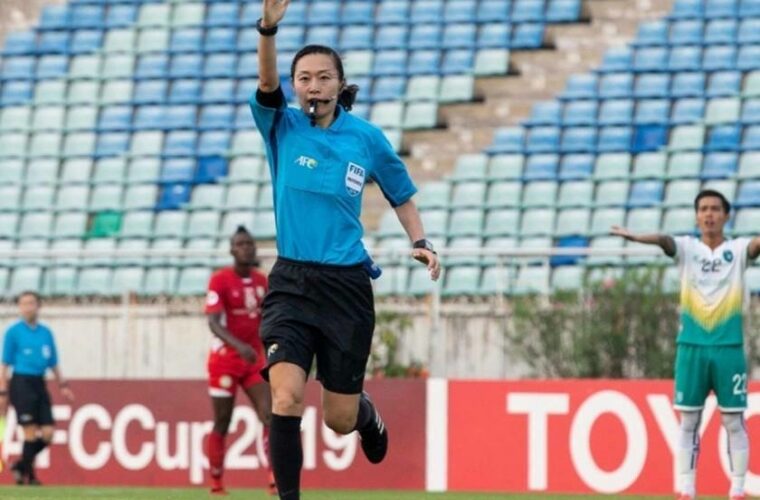 The FIFA World Cup Qatar 2022, which is due to kick off its competitions on Nov. 20, will witness the participation of three women in match refereeing for the first time in the history of the tournament.

France's Stephanie Frappart, Japan's Yoshimi Yamashita and Rwanda's Salima Mukansanga have been selected in a list including 36 referees which was announced by FIFA to referee FIFA World Cup Qatar 2022, at the same time, three other women will participate as assistant referees, namely: Brazil's Noiza Pak, Mexico's Karen Diaz Medina, and Kathryn Nesbitt from the USA, after having proven their worth in games refereeing, which was previously preserved exclusively for men.

The FIFA Referees Committee Chairman, Pierluigi Collina, said on a speech on the subject : "We clearly confirm that quality matters to us, not gender." The 38-year-old French, Frappart, was selected to referee matches at the World Cup, after her rapid rise in football refereeing at Europe's highest level, as she was the first woman to manage a match in the French First Division in 2019. As well, she refereed in the same year, the Women's World Cup final in France, and the 2019 UEFA Super Cup final between Liverpool and Chelsea, before led matches in the 2020 Champions League and then the French Cup final last season.

Japan's Yamashita, 36, was chosen after making a remarkable prominence in Japan and became the first female to officiate a match in the 2019 AFC Men's Champions League and progressed into the professional world earlier this year, after she gave up her fitness coach job.

Rwandan Mukansanga, 34, was chosen to participate in the World Cup after she became the first woman to referee a match at the African Men Cup of Nations in last January.