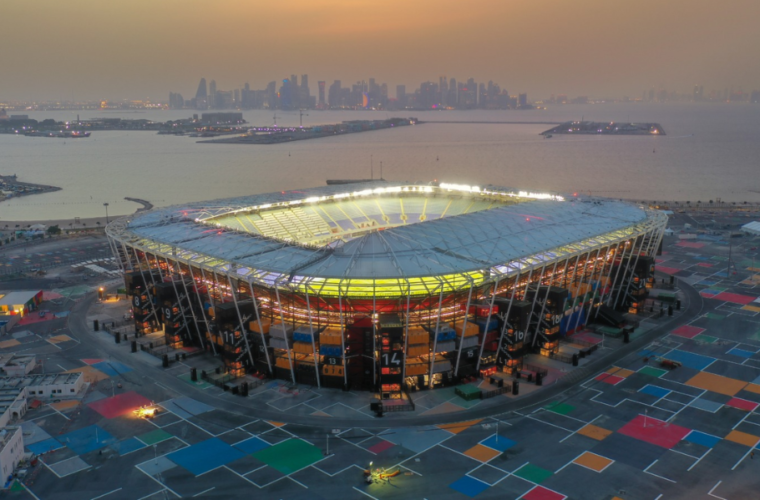 Stadium 974 – the first fully demountable tournament venue in FIFA World Cup™ history – has achieved a five-star rating under the Global Sustainability Assessment System (GSAS), which is administered by the Gulf Organisation for Research & Development (GORD).

The 40,000-capacity venue is a landmark in sustainable stadium design and construction, having been built with prefabricated and modular steel elements such as standard certi­fied shipping containers. This reduced the waste generated during the production of stadium components and the waste created on site during construction. The use of modular elements also reduced the venue's construction duration. Water efficiency methods ensured that 974 reduced water use by 40% compared to a conventional stadium development.

As the f­irst-ever FIFA complaint stadium that can be fully dismantled and re-purposed post-event, 974 sets new standards in the building and usage of sustainable venues. This includes f­lexibility in the design to rebuild the stadium with the same capacity in a different location or build multiple smaller venues using the same materials. A study into the environmental impact of Stadium 974 was published earlier this year.

Located in Doha – close to Hamad International Airport and opposite the stunning West Bay skyline – Stadium 974 hosted its first match on 30 November 2021 during the FIFA Arab Cup™.

Eight stadiums will host matches during the FIFA World Cup Qatar 2022™, which will take place from 20 November to 18 December. Each venue has achieved a minimum four-star rating under GSAS, which was adopted as a sustainability rating system by FIFA and will ensure all tournament-related infrastructure meets stringent environmental standards.

Stadium 974 will host seven matches up to the round of 16 stages during Qatar 2022, starting with Mexico versus Poland on 22 November.