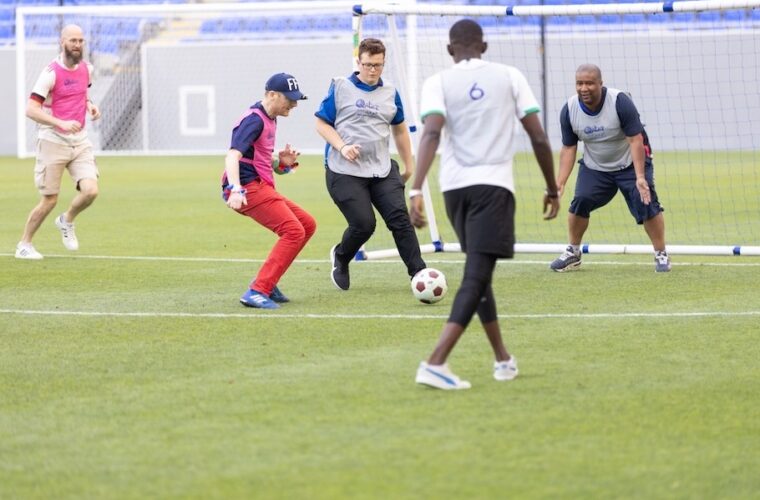 Qatar will host a special football tournament for fans during this year’s FIFA World Cup™.

The Fans’ Cup will be contested by supporters of all 32 competing nations from 29 November to 2 December 2022 at the FIFA Fan Festival in Al Bidda Park.

Organised by the Supreme Committee for Delivery & Legacy (SC), the five-a-side tournament will be played in the same format as the FIFA World Cup™, with group matches and knockout rounds until the winner is crowned.

Fatma Al Nuaimi, Executive Director, Communications & Media, SC, said: “Fans are central to the success of the first FIFA World Cup in the Middle East and Arab world. We are thrilled to be hosting this tournament, which we believe will create an exciting atmosphere while uniting fans from across the globe through their shared passion for the beautiful game.”

The SC is working with local grassroots football organisations to support and deliver the Fans’ Cup, with the referees coming from Qatar’s vibrant amateur football community.