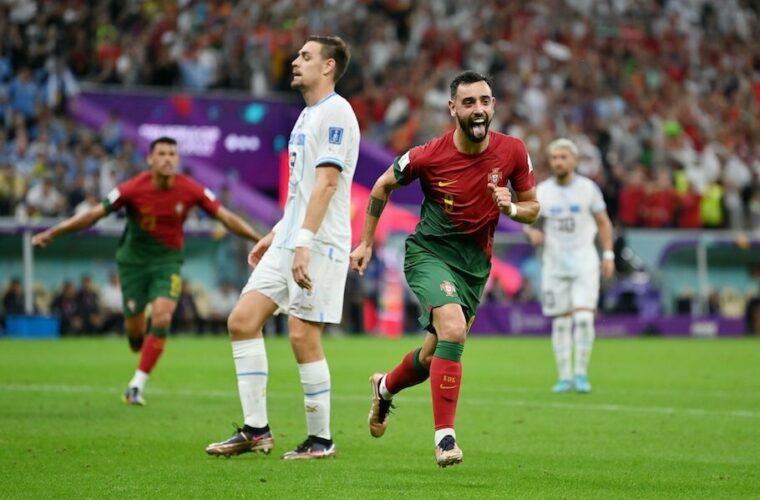 Portugal and Uruguay took on each other in their second group stage match at the Lusail Stadium on 28 November 2022.

Two from Bruno Fernandes sends 🇵🇹 @selecaoportugal to the Round of 16.@adidasfootball | #Qatar2022

Portugal reigned as the match winner with a score of 2-0.

In the 54th minute of the game, midfielder Bruno Fernandes gave Portugal their first goal putting them in the lead.

This win has qualified Portugal for the Round of 16.