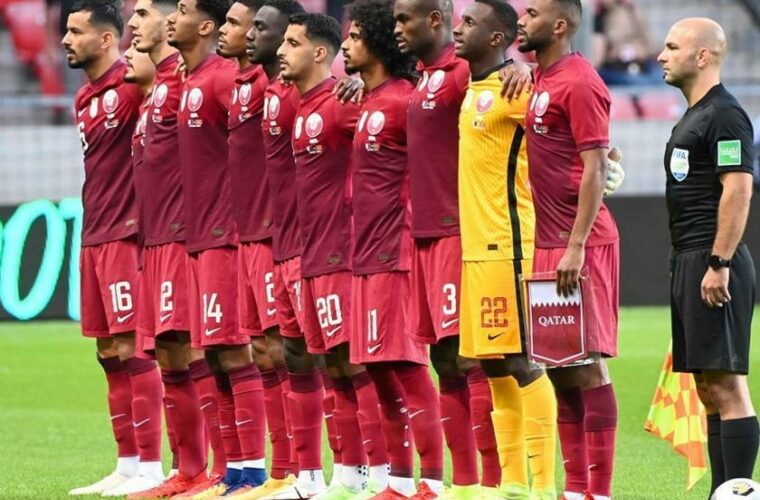 Qatar national football team aspires for significant achievements when it competes in the FIFA World Cup Qatar 2022, the first world cup to be held in the Middle East from 20 November to 18 December.

The lineup of Qatar national team includes players capable of making a new accomplishments for the Qatari sports, as in 2019, when Qatar won the Asian Cup title in the UAE. In a report on its official website, the FIFA highlighted five key members of the Qatari squad who can help the hosts compete on the world stage.

Qatari team will play in Group A

The Qatari team will play in Group A, which includes Ecuador, Senegal and the Netherlands. Its journey begins with Ecuador in the opening match on Nov. 20, then Senegal on 25 November, and finally the Netherlands on 29 November.

Led by Spanish coach Felix Sanchez, the Qatari squad includes the 32-year Saad Al Sheeb, goalkeeper Al Sadd team. According to the FIFA report, the Al Sadd shot-stopper has been a mainstay of the Qatari national team since his debut back in 2009.

To date he has won more than 75 caps and featured in major tournaments such as the AFC Asian Cup, Copa America, and Concacaf Gold Cup.

Another player featured by the FIFA is Abdelkarim Hassan (28 year old).

He is the country's third most capped player with 120 appearances, and has been the first choice left-back for Al Annabi for over a decade, and his influence is unparalleled. Following the emergence of talented left-back Hammam Al Amin, Hassan has reinvented himself at left center-back, a position he is expected to occupy at the finals.

Among Qatar's football team stars is the 31 years old player Hassan Al-Haydos the playmaker, who can also operate in midfield and on the right wing, was one of Qatar's star performers during their 2019 Asian Cup triumph and will doubtless be one of the shining lights for Al Annabi at this year's global finals.

With 158 games under his belt, Al-Haydos is the most capped Qatari of all time. Undeniably among the most influential players on the team, he has contributed 38 goals during his time with the national team.

The player made his senior international debut some 14 years ago aged just 17, making him the most experienced player in the squad. His experience will therefore be priceless when tasked with unlocking the formidable defenses of their Group A opponents.

Qatar's football team also include the 25 years old star Akram Afif, the versatile player who can operate on either wing or even spearhead the attack. The player also has considerable experience for his age, having spent time in Europe with Belgium's K.A.S. Eupen and Spanish teams such as Villarreal and Sporting Gijon. He currently plays for Al Sadd SC, where he has stamped his influence on the Qatari league. Having top-scored in the Qatar Stars League in 2019-20 with 15 goals, Al Annabi fans will be banking on him this winter in their quest to reach the knockout stage.

The 25 years old start Almoez Ali will also be one of the prominent elements of the Qatar football team during the FIFA World Cup Qatar 2022. The current Al-Duhail SC star was top scorer at both the 2021 Concacaf Gold Cup and the 2019 Asian Cup, hitting four and nine goals respectively.

He will undoubtedly play a crucial role for Qatar at the global showpiece, as has been the case for several years. Despite his relatively young age, he is currently Qatars third-highest scorer of all time, having racked up 39 goals to close in on record holder Mansour Muftah (44).

At Qatar 2022, the home fans will be expecting a big contribution from him, not least with his ability to cash in on half-chances, in the teams quest to reach the Round of 16, which would undoubtedly be a historic achievement for their maiden World Cup.