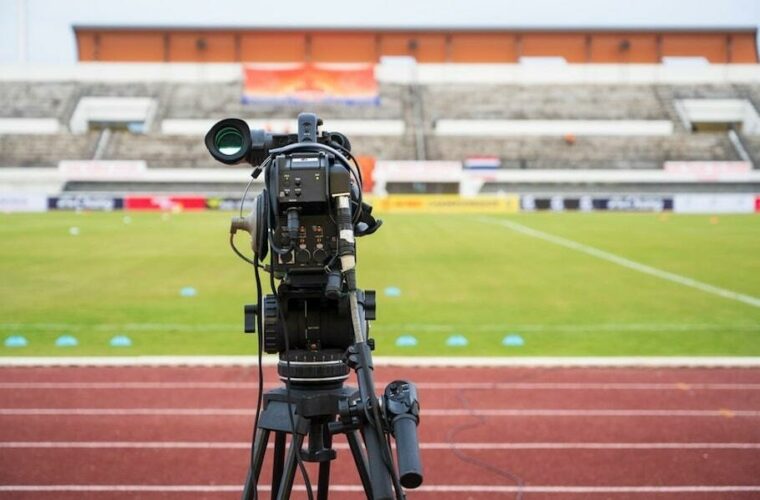 The Supreme Committee for Delivery & Legacy has provided all the necessary and unprecedented equipment to ensure outstanding media coverage, in order to keep pace with the largest and most important sporting event globally - World Cup 2022.

In this context, media representatives' permits have been approved to cover the tournament, and all FIFA member football federations have received a certain quota of written press permits and photographer permits to be distributed later to national media institutions and their representatives.

FIFA explained that non-rights-holding institutions, radio or television companies that do not have the rights to broadcast the FIFA Qatar 2022, will be provided a very limited number of permits and they will not be allowed to enter stadiums on match days.

FIFA and Qatar 2022 will provide advanced infrastructure and services for accredited media, and the Main Media Centre (MMC) will be co-located with the International Broadcast Centre, which will serve as a transfer center to the participating teams' headquarters the day before each match and to the eight amazing stadiums, the nearest of which is the Education City Stadium, which is only 4 kilometers from the main media center, and the farthest will be Al-Bayt Stadium, located only 45 kilometers away.

The media can request to attend a maximum of two matches per day during the group stage, provided that they are not consecutive, in order to leave plenty of time to move between stadiums. The Main Media Centre will provide fully equipped facilities for accredited media to follow the matches and press conferences remotely, and all press conferences will be held the day before each match at the Main Media Centre.

CEO of the FIFA World Cup Qatar 2022 Nasser Al Khater revealed the plan for media coverage of this historic event, stressing that 12,300 journalists in various media outlets were officially accredited to cover the events of the tournament along with others through the Qatar portal for non-accredited by FIFA.

He indicated that the Main Media Centre will be located in the Education City's Qatar National Convention Center, underlining that the Main Media Center will have a virtual stadium to allow journalists who do not have a ticket to attend the championship matches, to provide a distinct and unique experience, as the virtual stadium will provide a realistic experience representing a simulation of reality .

Al Khater confirmed that 78 channels have obtained the rights to broadcast the tournament, in addition to seven centers that will be allocated to the studios of broadcasting the World Cup, and more than 95 percent of them have been booked.

He stressed that the State of Qatar has made great efforts to help media outlets that do not have FIFA permits, and its main center will be in the Msheireb area, along with two other centers on the Doha Corniche, and at Souq Waqif to facilitate their work during the tournament.

The Qatar media portal, launched by the Supreme Committee for Delivery and Legacy (SC), is a digital platform that allows media professionals and representatives of broadcasters to benefit from a wide range of news sources provided by the host country during the coverage of the FIFA World Cup Qatar 2022 events.

The website provides exclusive content from the host country of the championship, and also facilitates media professionals who will attend the World Cup events to obtain many services, including requests for press interviews with the SC spokespersons or with representatives of relevant government agencies, booking studios, and submitting requests for media tours.

SC's Executive Director of Communications and Media Fatima Al Nuaimi said that the Qatar media portal is a valuable resource for media professionals and representatives of broadcasters from all over the world to cover the World Cup competitions and accompanying events during the first Arab-hosted edition of the world.

She added that SC is looking forward to welcoming thousands of media professionals and representatives of broadcasters to participate in the coverage of the historical events of the championship, and pleased to put in their hands the best services and the necessary facilities, which guarantee an exceptional media experience.

The portal provides an integrated platform for obtaining entry permits to Qatar (Hayya card) and photography permits for all media professionals and representatives of broadcasters who will cover the tournament, whether they have permits from the host country, or FIFA permits, and media representatives from media rights holders from FIFA and non-media rights holders.

The portal also allows obtaining permits from the host country for non-accredited media professionals from FIFA, in addition to facilitating customs clearance procedures for equipment and devices, except for applications related to drones.

In addition, users of the Qatar media portal can access the video archive and photographs of the host country, and the portal will be an authorized source for media professionals and representatives of broadcasters, as well as journalists from outside Qatar who want to cover the matches and events of the championship.

It is expected that the number of media professionals and representatives of broadcasters at the Qatar World Cup 2022 will increase, and they will receive permits from the host country to cover the events of the tournament, where they and media professionals accredited by FIFA, as well as media representatives from media rights holders and non-media rights holders from FIFA, will have the opportunity to focus on the social and cultural aspects of the tournament, local news and events, the achievements of the State and its ambitious development aspirations, including efforts to build a sustainable legacy for the World Cup in Qatar and the region and the world.

Both media professionals accredited by FIFA, media representatives of media rights holders and non-media rights holders, who have photography permits from the host country, will be able to enter the FIFA Fan Festival and the Main Media Center.

All media professionals and representatives of broadcasters can use public transportation free of charge during the tournament period.

The officials pointed out that the host country's permit for media professionals does not allow the holder to access some official sites of the championship, such as stadiums, training grounds, the Main Media Center, and the International Broadcast Centre, but it will allow them to access world-class media facilities, including the host country's media center in the city of Msheireb, the heart of Doha, and broadcast studios that occupy central locations throughout Doha.