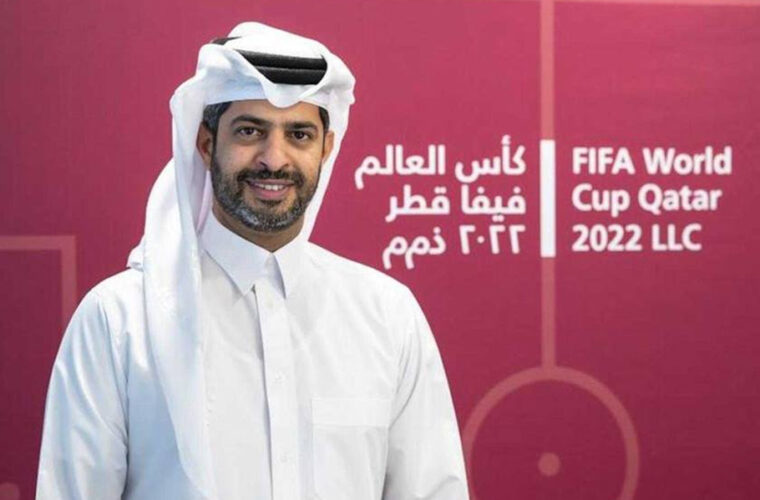 Mr. Nasser Al Khater, CEO of the FIFA World Cup Qatar 2022, denounced the allegations recently reported by Western media about the tournament organizers using expatriate fans to attend matches in exchange for money, as part of the systematic smear campaigns that increased during the period. The latter comes with the imminent launch of the most prominent sporting event in the world on the land of Qatar.

In exclusive statements to Qatar News Agency (QNA), Al-Khater said, "Some of the reports published by English and French newspapers regarding hiring expatriate workers to be fans to attend the matches are completely unfounded," describing these allegations as a new attempt to distort and question the ability of the State of Qatar to host FIFA World Cup Qatar 2022.

In his statement to QNA, Al-Khater affirmed his refusal to belittle a category of people who live in Qatar, including those who have lived in Qatar for more than 30 years, saying, "It is shameful to underestimate those fans who will watch the World Cup matches, describing them as wage workers in the World Cup." The world has sold 3.1 million tickets to attend the matches so far, and the residents of the State of Qatar are very passionate about football.

Al-Khater sent a message to all residents of Qatar stating that the FIFA World Cup Qatar 2022 is everyone's championship and represents the State of Qatar with its people, citizens and residents, as well as the Gulf countries and the entire region.

Next Sunday, the FIFA World Cup Qatar 2022 will start as the first tournament to be held in the Arab region and the Middle East, and the Qatari national team will start the tournament by facing Ecuador in the opening match at Al-Bayt Mundial Stadium.

It is noteworthy that the false slander campaigns crossed all limits in an attempt to undermine the State of Qatar and question its capabilities and the efforts it made over the years to organize the tournament for the first time in its history in an Arab Islamic country.

The fabrications, allegations and malicious campaigns against Qatar have recently taken a different turn, represented by the adoption of a systematic racist discourse that incites hatred and aims to offend the state without real justifications, as what the FIFA World Cup Qatar 2022 is exposed to amounts to intellectual and media terrorism and psychological warfare with racist motives from some sides. Which does not like the realization of the dream of Arab generations in organizing the championship in the land of Qatar.