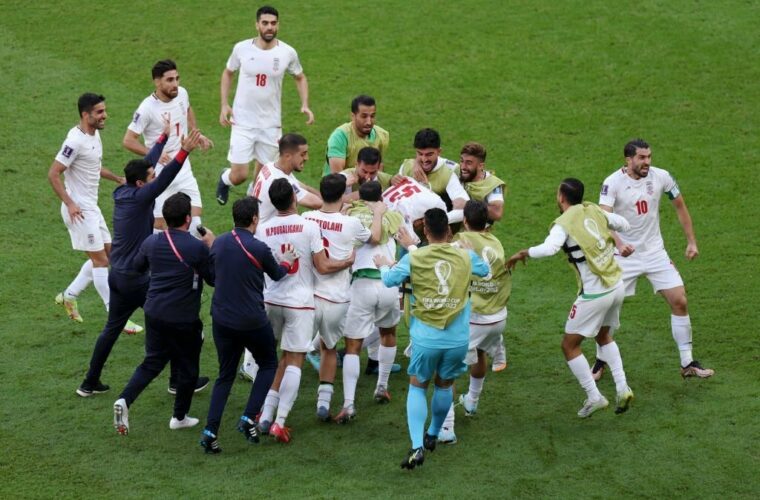 IR Iran scored twice in the final moments of stoppage time to keep alive their hopes of reaching the FIFA World Cup knockout stages for the first time with a thrilling last-gasp victory over a stunned 10-man Wales.

Rouzbeh Chesmi fired an unstoppable effort from 20 yards, scoring a goal for IR Iran at the 90'+8' mark.

Ramin Rezaeian dinked the ball over Ward after a fast breakaway which sparked wild celebrations among the IR Iran players, staff, and fans.