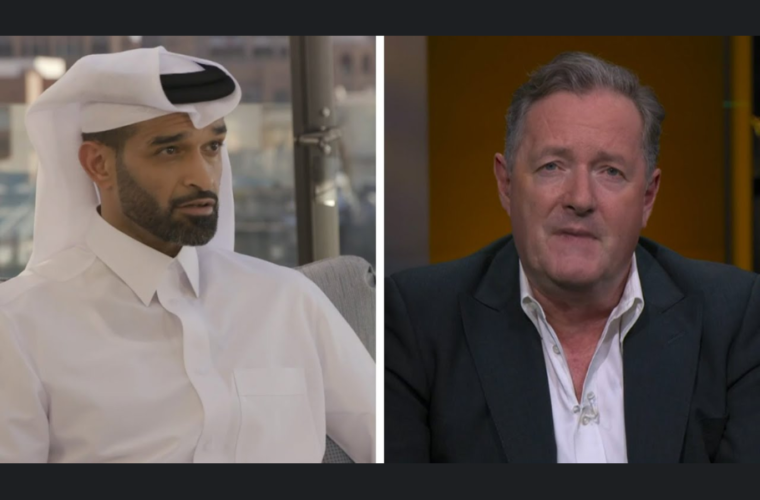 On 29 November, Piers Morgan, British broadcaster and journalist, released an interview he had made with the Supreme Committee for Delivery and Legacy Secretary-General, Hassan Al-Thawadi. In Piers Morgan's exclusive interview, Hassan Al-Thawadi addressed criticisms that many Western media have made towards Qatar and its hosting of the FIFA World Cup.

Opening the video, Piers Morgan's "Piers Morgan Uncensored" showed a monologue from the British broadcaster in which he expressed his own opinion on the current issues raised against Qatar, stating that "the global scrutiny of the World Cup has at least led to reforms in labour laws here (Qatar). That will be an important legacy."

"We are immensely proud of the World Cup. As you know and everything has been unfolded since the 20th of November. It's a moment of great pride if you look at what’s happening on the streets; people from all over the world coming in, celebrating. The story’s unfolding in the pitch, the stadium, from a footballing perspective, phenomenal."

Hassan Al-Thawadi also reacted to the stunning win of Saudi Arabia over Argentina and Morocco's win against Belgium during its matches on 22 November 2022 and 27 November 2022, respectively.

In addressing the criticisms, Hassan Al-Thawadi says that they have been accepting of the criticisms made towards Qatar and the World Cup. He states that they have invited many of their critics, whether media outlets or individuals, to engage in a discussion for them to set out the facts. However, not many were receptive to their efforts.

"We've always said one thing: the most important element is our response is always gonna be by actions as opposed by words."

Hassan Al-Thawadi also talks about the labour reforms made in Qatar throughout the years, stating that the World Cup has served as an accelerant or catalyst to improve the legislation and enforcement of certain initiatives in the country.

Hassan Al-Thawadi further states that the efforts made in the World Cup have allowed many critics to recognize Qatar as a regional benchmark.

In the interview, Hassan Al-Thawadi also noted Qatar has worked hard to create a welcoming environment for people all over the world. He says,

"We won't see eye to eye, but we can still have mutual respect for each other and still find a way of moving forward, celebrating together."

Ending the interview on a light note, Piers Morgan asks Hassan Al-Thawadi who he thinks would win the World Cup, to which he replies, "You know, I'll say France." Toward the end, Hassan Al-Thawadi says he hopes the England team will win as it would be great to have "English football history connected to Qatar".

Watch the full interview below!